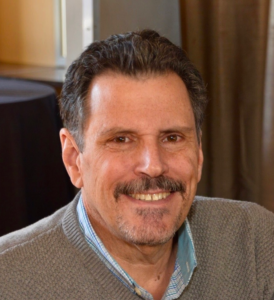 Mark Edward Bell, 64, of Hopkinton passed away surrounded by his family after a valiant battle with pancreatic cancer. Born in New York City and raised in Nanuet, New York, he was the son of the late Florence (Pantano) and Edward F. Bell. He was the husband of 36 years to his beloved wife, Gayle Gonthier-Bell of Hopkinton.

Mark moved to Massachusetts to attend Northeastern University, which began his love affair for all things Boston, particularly the sports teams. After graduating, Mark found success in the world of marketing and technology startups. Mark was avidly passionate about sports, cars and photography. The greatest love affair of all time was Mark and the New England Patriots, as he has been a season ticket holder for over 19 years. Mark had a love for sports cars, always reading about them and driving them. Mark also was an avid photographer. He volunteered for being our “official” photographer for recreational sports teams, family gatherings and great vacations all over the world.

The most important aspect of Mark’s life was his family. His love and commitment to his family will be his everlasting legacy. Mark’s friendly and positive demeanor made him a fast friend to many, while his confidence and quick wit made him respected by all.

Besides his wife, Mark is survived by his two children, Jeff Bell and his wife and daughter, Amy and Sienna, of Wall, New Jersey, and Marissa Bell of New York City; his mother-in-law, Peg Gonthier of Hopkinton; his brother and sisters-in-law, Gary and Joan Gonthier of Novi, Michigan, Glen and Jennifer Gonthier of Framingham, and Greg and Tricia Gonthier of Bellingham; and his nephews and niece, Bradley, Ryan and Connor Gonthier, and Andrew and Marina Gonthier. He is predeceased by his sister, Karen J. Bell.

A service will take place at a later date, after it is safe to travel. Arrangements are under the care of the Chesmore Funeral Home of Hopkinton (ChesmoreFuneralHome.com). In lieu of flowers, donations may be made to Pancreatic Cancer Action Network (pancan.org).