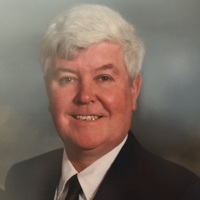 Michael Sean “Big Mike” Thorsen passed away on April 12 at his home in Ashland, after a 15-month battle with cancer. He was 74 years old.

Michael was born in Natick on Sept. 5, 1946, to George C. Thorsen and Gertrude R. (Daley) Sheridan. He was a 1964 graduate of Natick High School. Michael served his country honorably during the Vietnam War from 1965-68 in the U.S. Navy. He married Virginia (Ginny) Carnicelli in 1966. He spent the majority of his working years in auto body repair and construction before retirement.

A longtime resident of Ashland, Big Mike will fondly be remembered as the always present, proud father at all of his children’s school and sporting events. His grandchildren looked forward to performing their best stupid human tricks for Grandpa when he was feeling generous with his wallet contents. He was patient with Ginny’s former dog-breeding business, which brought him one of his best friends, Teena Weena, “the Athlete,” before she passed some years ago. Mike maximized his retirement time at his vacation home in Naples, Maine. Boaters there will fondly remember “Whitey” with his white fluffy hair and cries of “No wake!” as they sped past his home.

A small private service for family members was held April 17 at Matarese Funeral Home in Ashland. In lieu of flowers, donations to the American Cancer Society (cancer.org) in Mike’s name would be appreciated.