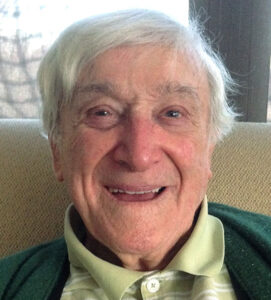 Richard Michael McBride, 92, died Jan. 25 in Northborough. He was the husband of the late Eleanor (MacDonald) McBride, who died in 2008. Born in Hopkinton, he was the son of the late Francis and Madeleine (Jackson) McBride. He was predeceased by his brother, Paul, and his sister, Madeleine McBride.

Mike was a 1945 graduate of Hopkinton High School and was inducted into the HHS Hall of Fame in 2017 for excellence in sports. He worked as a truck driver and part-time Hopkinton police officer, proudly claiming he wrote zero tickets in 33 years on the job.

He is survived by his children, Kathleen Bryant and her husband, James, of Hopkinton, Mary Flynn and her husband, Joseph, of Wayland, Nancy McBride of Hopkinton, Janet Moss and her husband, Thomas, of Upton, and Patrick McBride of Boston. He leaves eight grandchildren: Matt Bryant and wife Melinda, Julie Segars, Jesse Bryant and wife Laura, Shannon Mackay and husband Bryan, Colleen Grenier and husband Evan, Brian Flynn and wife Stephanie, and Maggie and Christian Moss. His 11 great grandchildren were his favorite “peanuts” — Abby, Aidan, Owen, Emily, Ben, Colin, Mackenzie, Jackson, Beckett, Molly and Timmy. No. 12 is almost here.

The funeral will be held Friday, Jan. 31, at 9:30 a.m. from the Callanan Cronin Funeral Home in Hopkinton (callanancronin.com). A funeral Mass will be celebrated at 10:30 a.m. in St. John the Evangelist Church. Burial will follow in Mt. Auburn Cemetery, Hopkinton. Calling hours at the funeral home are Thursday, Jan. 30, from 4-7 p.m.

Donations can be made in Mike’s memory to the Hopkinton Police Association, 74 Main St., Hopkinton, MA 01748.