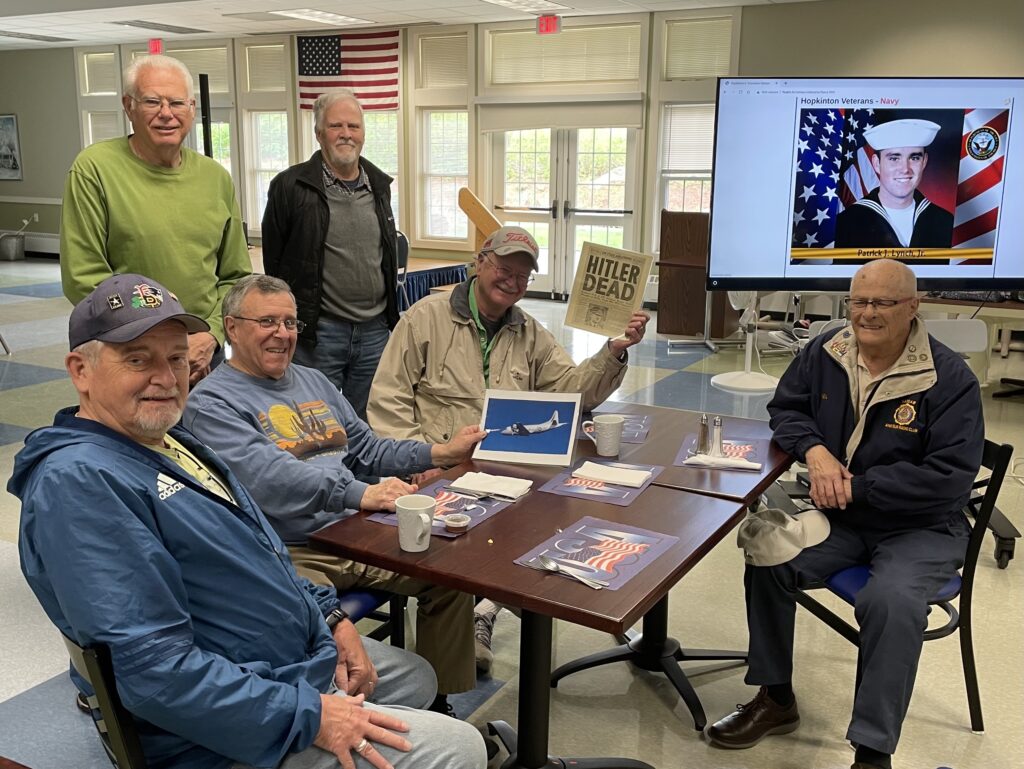 Among the veterans at Friday’s Veterans Breakfast at the Senior Center were (standing, from left) Gordon Winston (Air Force) and David Almy, (Army) and (seated, from left) Neil Svendsen, (Army), Barry Rosenbloom (Army), Jim Rose (Air Force) and Neal Swenor (Air Force). Rosenbloom is showing a photo of a Lockheed P-3 Orion, tasked with anti-submarine and marine surveillance, while Rose is holding a representation of the announcement of Hitler’s suicide, which helped bring about the end of World War II.

Discussions of military history that coincide with the date of the monthly Veterans Breakfast — in this instance, May 6 — provided a full agenda of significant topics Friday morning.

Most notably were the many military actions leading to the end of World War II. The May 1945 sinking of a German U-boat off Block Island sparked a review of Hopkinton veterans’ involvement in “submarine chasing” along the eastern shore of the United States.