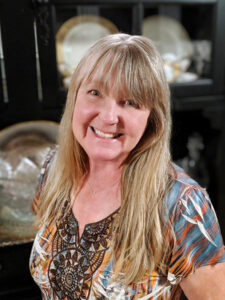 Longtime Hopkinton resident Jane Moran, the former police chief in Southborough, last month was selected to fill a vacancy on the Planning Board.

After serving as a public safety officer for the town of Southborough for more than 30 years, Hopkinton resident Jane Moran retired in 2013. And while most think of retirement as a time to take a step back and relax a bit more, these days Moran is pouring her energies into giving back to her hometown.

“I was a young mother and the opportunity just sort of presented itself. There was a part-time dispatcher position open and that’s where it all started,” she said. “After a year, I realized how much I loved the work and loved the people, and I thought, ‘I can do this job.’”

Over the years, Moran worked her way through the police department ranks and was appointed Southborough’s first female police officer in 1984 and then sergeant. In 2008 she was named the first female police chief for the town after serving as interim chief. Yet, she says her gender wasn’t a factor in the way she approached her job.

“I think because I was older and more mature, I didn’t really think about it. It was my job. I just did it,” she said.

However, Moran said she always had one motto when it came to her work.

“You don’t have to like me, but you have to respect me. That was my motto,” she said. “But that’s how it goes in any profession.”

In 2013, Moran retired from the police department.

“It was a great career,” she says fondly.

Moran has lived in Hopkinton since 1971, and it is where she raised her family. Over the years, she volunteered for groups her children were involved in including the Boy Scouts, Girls Scouts and 4-H.

She said it was when the Legacy Farms housing development came to town when she really began paying attention to town government and felt the need to educate herself on various issues. She began attending as many Planning Board and Select Board meetings as she could.

Then in 2014, the Select Board formed the Upper Charles Trail Committee, and she volunteered to serve.

“It was a natural fit for me. I know municipalities and I thought I can probably help guide and govern this committee,” Moran said.

Two years later she was elected committee chair, a role in which she continues to serve.

The Upper Charles Trail Committee is charged with developing a multi-use recreational path that will run through parts of Milford, Hopkinton and Ashland. The committee also is currently working on the Campus Trail Connector that will create a 2.5-mile trail linking Hopkinton High School, Hopkinton Middle School, Marathon Elementary School and parts of downtown.

“I feel like I’m at the Planning Board meetings anyway,” said the longtime Hopkinton resident, adding that her work on the Trails Committee will be of assistance when it comes to working with developers.

“I’ve always had a full plate. I don’t go looking for stuff, but when I have the skill set to offer, I’m going to help,” Moran said.