Longtime Hopkinton High School guidance counselor and coach Kiely Murray has taken the reins of the athletic department as the new interim athletic director with the hope of making the position permanent next year.

Murray, 39, replaces Rich Cormier, who announced in June that he was stepping down. She has been around Hopkinton since 2010 when she started as the junior varsity softball coach. Since then, she has spent time working with the Hillers varsity baseball team and has past experience as a volleyball coach and interim athletic director in Westborough.

“I just love being around sports, so when Rich decided to make a change professionally this was an exciting opportunity and one I was happy to accept,” Murray said. 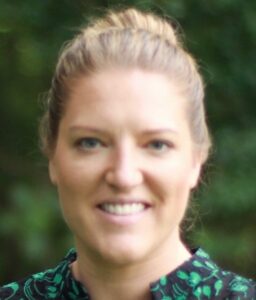 The school’s female athletic director after Dee King [Editor’s note: actually the third, as Sue Beavers was AD in the 1990s], Murray said she will have the interim tag on her position until next spring, when both she and the administration can decide whether she will remain AD or return to her job as a counselor. But Murray said the plan is to roll the coming school year into a full-time position.

She also is planning on taking over during what hopes to be the most “normal” athletic and school year since the start of the pandemic.

“Rich had three unique years with EEE [eastern equine encephalitis], then the spring of 2020 and the hybrid year, so I am kind of picking the ball up where he had hoped to on some things,” Murray said.

Chief among her goals is a planned turf field to be used for football and other sports to go with the existing turf field that Murray called a “game changer.”

“If that can happen, it would be a big project,” she said. “The project [former AD] Dee King headed up to get the first turf field has been a game changer as far as playing and getting out there late in the fall and early in the spring. Having another field like that would be huge.”

With the success of Hopkinton’s various athletic programs in recent years, there are few other plans for sweeping change in the department.

“We are lucky, we have excellent coaches here,” Murray said. “For me it’s going to be about figuring out how I can best support our teams, stay out of the way, and keep things running smoothly.”

Murray’s first official day on the job was Aug. 1, but she had been working with Cormier through the month of July to transition into her new role. She said she is looking forward to working with assistant AD Louise Sanborn and athletic trainer Amanda Magier, as well as the various coaches and staff.

Murray also is hoping to focus on the technology used in some of the day-to-day operations of the department and see where improvements can be made.

While she is technically an “interim” AD until the spring, Murray has a long-term focus for her new position.

“My plan is to do the job as if I am sticking around forever,” she said.