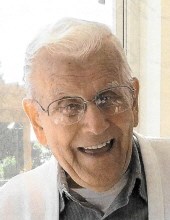 He was the husband of Barbara L. (Goodfellow) Crane.

He had lived in Abington until moving to Mendon in 1965. He was a shipper for the Sealtest-Bryers Co. of Framingham for 40 years, retiring in 1995.

Mr. Crane was born March 1, 1930, in Weymouth, son of the late Douglas and Gunhilda (Paulson) Crane. He graduated from Hanover High School in 1948. Mr. Crane was a U.S. Army veteran, serving in the Korean War, and was a member of the Community Covenant Church in Hopkinton. He also belonged to the No. 380 Local Teamsters of Boston.

He was predeceased by his grandson Adam Crane in June, his brother Kenneth Crane, and his sister Virginia VanSchyndell.

A calling hour for Stanley will be held on Monday, Aug. 8, from 2-3 p.m. at Buma-Sargeant Funeral Home, 42 Congress Street, Milford, followed by a funeral service in the funeral home at 3 p.m. Interment is private.