Tedstone tabbed as Select Board chair 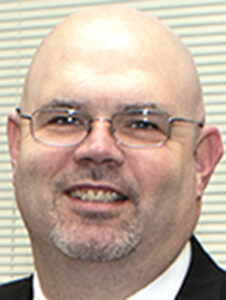 Tedstone made a point to thank Wright for her contributions to the town.

“She put her heart and soul into this board, and all her hard work was not for naught,” Tedstone said. “She’s done a lot of great things for the board, let alone the 15 years [of work] that she did leading up to being a selectman, on the Planning Board and all the various boards that she served on. As chair it makes me very proud to be able to thank her for all her hard work.”

Meanwhile, at the Planning Board meeting on May 29, Muriel Kramer was selected to return as chair, and Gary Trendel was tabbed as vice chair.

Bill Burchard and Arthur Schofield were promoted to sergeant in the Hopkinton Police Department, with their appointments approved unanimously by the Select Board at the May 28 meeting.

Police Chief Edward Lee presented the candidates to the board and provided background on both the individuals and the selection process.

“This was a very competitive process with a written test and a pretty expensive oral interview with the help of [human resources], an outside chief from another community as well as Deputy Chief [Joseph] Bennett,” Lee said. “Both Billy and Arthur rose to the top in the process. They’ve done an awesome job.”

Burchard grew up in Hopkinton. He played football and golf at the high school and was a member of the concert and jazz bands. He holds a criminal justice degree from Westfield State. He spent nine years in the Army Reserves, rising to the rank of sergeant.

Burchard served as an auxiliary officer for the town from 1995-2002, then joined the force full time after graduating from the Boylston Police Academy.

“It was my dream to work as a police officer here,” Burchard told the board.

Schofield, who grew up in Southborough and received his bachelor’s as well as a master’s degree in criminal justice from UMass-Lowell, joined the department in 2014 and has served in a variety of roles.

“Arthur is what exemplifies the essence of community police,” Lee said. “He’s done a great job at that, but he’s also shown great talent for his ability to lead.”

Anne Mattina was recognized at the May 28 Select Board meeting for her civic engagement in town and presented with a certificate of appreciation. Mattina is a supporter of numerous local charities and has taken an active role with many town boards and committees, including serving as chair of Hopkinton’s 300th anniversary celebration. She currently serves as president of the Hopkinton Historical Society.

“I’m really honored,” Mattina told the Select Board, adding, “I feel like everyone has a responsibility to their community — both their small community, their home, as well as the larger community. And I’m grateful for all the opportunities I’ve had to do so here in Hopkinton.”

Also at the Select Board meeting, Town Manager Norman Khumalo recognized executive assistant Maria Glynn for her efforts behind the scenes of the Boston Marathon, especially the administrative work that leads to the hundreds of thousands of dollars that are brought to town as part of the event.

Tedstone called Glynn an “invaluable resource,” adding that without her, “I couldn’t do my job as a member of the Select Board, and I appreciate everything you do.”

Hopkinton resident Heath McAuliffe, a former Massachusetts state trooper who pleaded guilty in March to charges related to the State Police overtime abuse scandal, was sentenced June 4 to a year of probation, including six months of home confinement, and ordered to pay restitution.

In a letter to U.S. District Judge Denise Casper submitted ahead of his sentencing, McAuliffe accepted responsibility for his actions, but only after indicating that the problem is far more widespread.

“When I first learned that I was going to face federal criminal charges, I felt it was unfair,” McAuliffe wrote. “I told myself that almost all of my colleagues at Troop E were doing the same thing, that it wasn’t really a big deal, and that it wasn’t fair that I was one of a handful of Troopers being singled out for federal prosecution.”

However, McAuliffe noted, “I now recognize that when I schemed to take money for overtime I hadn’t earned, I betrayed my oath, my badge, and my community. I stole money from the taxpayers I was supposed to serve. I brought dishonor on myself, my family, and on the State Police, an institution that I love. I also failed as a father who serves as a role model for my young sons

“It really doesn’t matter that many other Troopers were doing the same thing, that our superior officers knew about it, or that only a handful of us were singled out for federal prosecution. I am responsible for my own conduct; I chose to commit this crime; and I must now face the consequences of my actions, whatever they may be.”

McAuliffe, 41, was arrested in December on a federal embezzlement charge, alleged to have received thousands of dollars in overtime pay for shifts he either did not work or left early between August 2015 and August 2016. He had been suspended in March 2018 and resigned early this year.

He was the eighth trooper to be charged in the scandal.

Classes will be held on Tuesdays and Thursdays, 6-9 p.m., from June 11-27 at the Hopkinton Police Department.

The program will cover how to identify job opportunities at the federal, state, county and local levels, how to prepare for the application through selection process, and what to expect after a job offer.

For more information or to register, email Deputy Chief Joseph Bennett at jbennett@hopkintonpd.org. Seats are limited.

Apply now for board vacancies

The Town of Hopkinton announced that a number of boards and committees will have vacancies on June 30 or earlier. Hopkinton residents interested in serving should apply via the online volunteer form at the town website: hopkintonma.iqm2.com/Citizens/Board/Vacant.

All current committee members interested in reappointment must apply online. The Select Board will make appointments at an upcoming meeting.