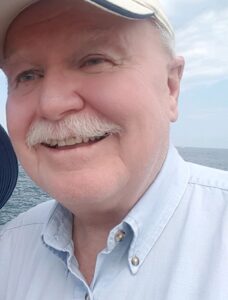 Peter David Nute, 69, of Hopkinton passed away unexpectedly on Oct. 22.

Born on Jan. 15, 1953, to the late Charles and Grace (Harrington) Nute in Manchester, Connecticut, Peter grew up in Jupiter, Florida, where he could always be found in and on the water. He graduated from the University of Florida, where he earned a bachelor’s degree in building construction and went on to build a successful career in the heavy construction industry for 46 years as a superintendent and estimator. A devoted husband, father, brother and “Grampy,” Peter loved nothing more than spending time with his family, especially his four grandchildren. Hiking, nature, music, history and photography were his lifelong passions.

Donations may be made to the Society of St. Vincent de Paul, St. John the Evangelist Parish, Hopkinton, at svdpboston.org.