Turnout was slow but steady Tuesday morning for the primary election at Hopkinton Middle School’s Brown Gym. According to town clerk Connor Degan, approximately 4,000 residents — 32 percent of the town’s eligible voters — requested mail-in ballots for this election. Mail-in ballots that have not been mailed can be dropped off at the middle school or in the drop box in front of Town Hall until the polls close at 8 p.m. 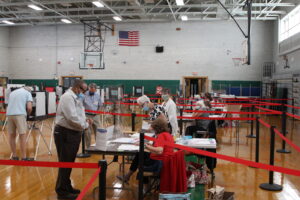 Volunteers check in a voter at the middle school. PHOTO/JOHN CARDILLO 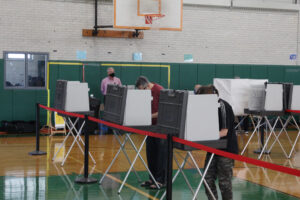 Residents make their selections at the voting tables. PHOTO/JOHN CARDILLO 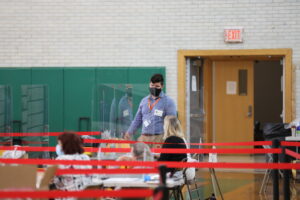 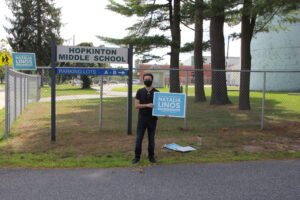 Matt Kokkinos holds a sign supporting Democratic congressional candidate Natalia Linos. Usually during an election there are many people holding signs at the entrance to the polling station, but supporters were scarce late Tuesday morning — just one person and a few signs on fences (below). PHOTO/JOHN CARDILLO 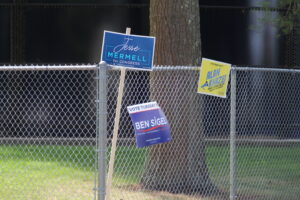 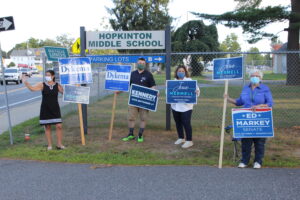 ← Carbone's Restaurant to close after 87 years, property for sale Town counsel: Select Board did not violate open meeting law with anonymous comments →