Carbone’s Restaurant to close after 87 years, property for sale 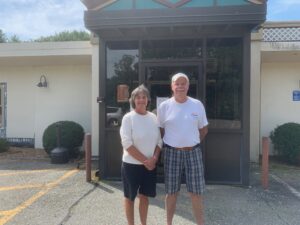 Peter Carbone, owner of Carbone’s Italian American Restaurant, said Tuesday he has been “inundated” with calls from potential buyers since he announced that the iconic Hopkinton restaurant would be closing this fall after 87 years in business.

In a statement the Cedar Street restaurant has been handing out to customers, the family wrote:

“It is with very mixed emotion and great reluctance that the Carbone family announces the closing or hopefully the potential sale of our family-run restaurant after 87 years in business. This will occur sometime in the near future. The actual closing date will depend on several factors that are impossible to predict at this time. There were many business and personal reasons, too numerous to mention here, that went into this decision, a decision that we are not taking lightly, and we announce with a great deal of sadness.

“Over the years, there have been friendships developed with out customers and employees that we will cherish forever. We have thought of you as more than customers and employees, but as family to us. The restaurant has been our life and the lives of two generations of family that preceded us. It has been an incredible run that regretfully will end soon. Let’s just say it is a time for us to begin a new chapter in our lives. We can never thank everybody enough for your loyalty and support over the years, and for being a part of this journey with us. The time is fast approaching when we will say our last goodbyes here, but let’s never forget the good times we all shared together.”

Carbone said the property for sale includes the restaurant, parking lot and surrounding land — mostly forested, abutting Hopkinton State Park — and totals more than 12 acres, of which about 10 acres is in Hopkinton, with 2 in Ashland.

He said he hopes the new owner will continue to run the restaurant — he indicated the building structurally is in good shape, despite an accident last month when a man drove his car into a side wall. However, the decision on the restaurant’s future would be up to the buyer, he added.

Carbone, who owns a home across the street, set a timetable of 4-6 weeks for the restaurant’s closing, but he said it could be shorter or longer than that depending on a number of factors.