Rita Doucette, a resident at Fairview Estates in Hopkinton, celebrated her 100th birthday on Friday with a party and a parade of classic cars — led by a police escort — through the center of town. 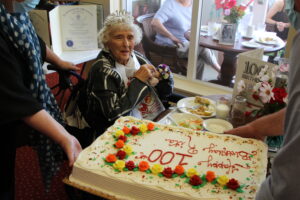 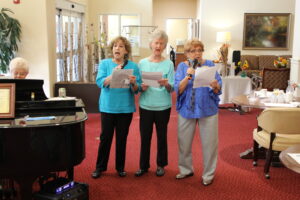 Providing entertainment in the form of an original song were (from left) Ann Rutter (on piano), Barbara Devane, Dee Connolly and Ruth August. PHOTO/JOHN CARDILLO 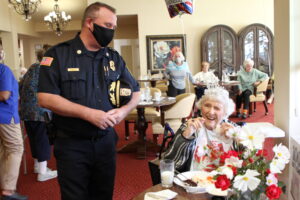 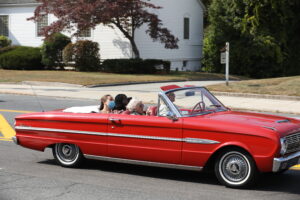 Doucette was escorted through town in a Ford Falcon convertible that dates to the early 1960s. PHOTO/JOHN CARDILLO 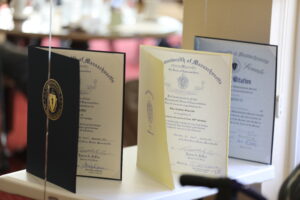 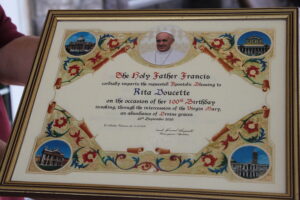 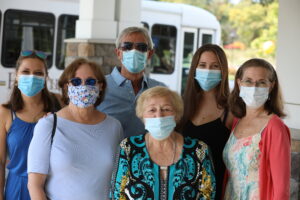