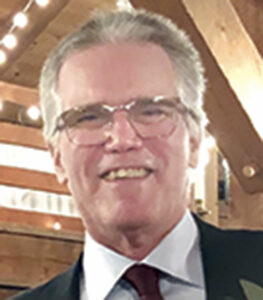 Raymond Francis Charleston of Hopkinton passed away suddenly at the age of 67 while walking the family dog, Zeus, on March 30. Born in Brockton, he was the son of the late Raymond M. and Alice E. Charleston.

After graduating from Providence College in 1976, Ray met his wife, Colleen, during the early part of a 38-year career at Liberty Mutual Insurance. He enjoyed a short retirement before returning to work as a vice president at Berkshire Hathaway Specialty Insurance. In this capacity, Ray helped to build and manage the newly established U.S. Commercial Property Claims team — a group now regarded as best in class by underwriters, brokers and clients throughout the industry. He had planned to retire once again in June of this year.

Ray’s family remembers him as a loving husband, father and grandfather. He was an accomplished and animated storyteller who often entertained those close to him with his ability to turn everyday events into capturing tales. His kindness, character, wit and charm will never be forgotten.

A funeral mass was held April 5 at St. John the Evangelist Parish in Hopkinton. Funeral arrangements were handled by the Callanan Cronin Funeral Home (callanancronin.com).

In lieu of flowers, donations may be sent in his memory to FORWARD at www.go-forward.org or to the Society of St. Vincent de Paul, 20 Church St., Hopkinton MA 01748.