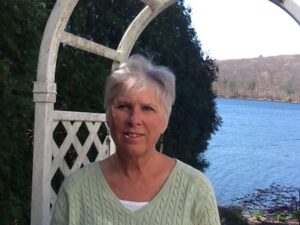 The Reverend Kerry Barton Lee, 67, of Lunenburg and formerly of Hopkinton and Franklin, passed peacefully, after a long journey with cancer on Dec. 18 surrounded in love with her family and closest friends. Born in Clarksville, Tennessee, she was the daughter of the late Kathleen Virginia (Hamilton) and John Francis Barton. She was the beloved partner/spouse of Katie Gray of Lunenburg and formerly Hopkinton.

Kerry lived in Springfield until her family moved to Wilbraham when she was in sixth grade. She graduated from Minnechaug High School in 1969 and attended and graduated from Westfield State University. She married Ed Mantenuto and lived in East Longmeadow and, later, Franklin while their children were young. Later, she returned to school and received a master’s degree in rehabilitation counseling from Assumption College. In 1995, she began a new part of her life with Katie in Walpole and then Hopkinton. She worked for several years as a school counselor and social worker at Learning Prep School, Norfolk Aggie and Westborough High School. She then chose to go into private practice psychotherapy with Counseling Associates in Westborough, where she saw clients as recently as a week before she passed.

Kerry was a seeker and was passionate about her spiritual practice. She was curious about absolutely everything and in her early 60s attended One Spirit Interfaith Seminary in New York City and was ordained as an Interfaith Minister in 2015.

Above all, Kerry loved her family: her beloved soul mate and partner, her children, grandchildren, extended family and devoted dog, Dorie. Family weekends on the lake at Woody Island and later the Woodlands, holidays and the many weeks in Stowe at the Trapp Guest Houses were among the times when she was happiest. She was forever committed to her family’s emotional and physical health. She loved to travel, cross country ski, bike, hike and spend time on the pontoon boat. She was an avid reader. She loved to spend time with friends and always liked to have those deeper conversations.

After being diagnosed with multiple myeloma in 2016, Kerry began what she referred to as her journey with cancer. Despite numerous and debilitating setbacks, she chose to look for what could be appreciated and enjoyed in each day. She continued to work, deepened her spiritual practice and spent many hours both leading and participating in activities at the Healing Garden in Harvard. She was grateful for the amazing care she received from her Team at Mass. General Hospital. Her tenacity, courage and grace inspired those around her.

Kerry is survived by her children, Katie Mantenuto and her husband, Will Thomas, of Lunenburg, Meggan Hope and her husband, Dave, of Bourne, Lauren Lund and her husband, Jeff, of Arvada, Colorado, and “adopted” daughter Helena Halterman of East Boston. She also leaves behind her sister, Beth Barton-Cimino, and her spouse, Lynn Barton-Cimino, of Wilbraham and their sons, Jonathan and A.J., five-plus grandchildren, Ava, Lily, Leo, Landon, Andrew and due-in-June baby Jo Lee, and many nieces, nephews and cousins. She is predeceased by her son, Michael Mantenuto, who passed away in April 2017.

Visitation was held on Dec. 22 at the Chesmore Funeral Home of Hopkinton. A celebration of her life will be held in the spring.