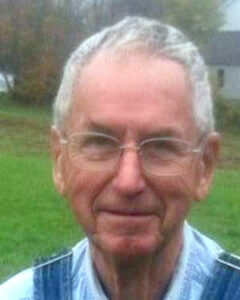 Richard Andrew Amato, 85, a longtime Upton resident, died at his home on Nov. 14, surrounded by his family.

Mr. Amato was born in the depression era in Cambridge, the son of the late Joseph and Doris (Straw) Amato. Early childhood years in Medford and East Lexington preceded a family move to Brattleboro, Vermont, in 1946. Richard graduated Brattleboro Union High School and subsequently attended college in the ROTC program at the University of Vermont, where he graduated with a liberal arts degree in June 1958. While in Burlington at UVM, Richard met the love of his life, Cynthia (Perry) Amato of Holden. They were married in September 1957.

The Air Force sent Richard with his young family to Japan for several years. During that time, he traveled to many military installations in the Asia Pacific region and proudly summited Mt Fuji during his stay. After military service, the family returned to Massachusetts, where Richard was employed as a mechanical engineer at several companies, including EG&G, Draper Corporation, Crompton & Knowles and Morgan Construction. While employed full-time and taking night classes, he earned his master’s degree in physics from Northeastern University in 1970.

In the early 1970s his daily commute from Bolton to Hopedale took him past the Temple Farm on East Street in Upton and his future was set in motion. In 1975, Richard and Cynthia purchased the 140-acre farm, including the run-down farmhouse and barn. Farming and home renovations were Richard’s “hobbies” for many years. Farming was a family endeavor involving many friends and relatives laboring in the fields and farmers’ markets. In 1986 Richard retired from engineering to join his oldest son, Mark, full-time as a farmer. The Amato Farm grew many crops and was well-known for pick-your-own strawberries, the annual Harvest Celebration, and cut-your-own Christmas trees. Over the years, Richard and Cynthia fixed up the old farmhouse into a warm and welcoming family home. The Amato Farm ceased operation in 2003, the same year Cynthia passed away.

Richard was always interested in history: that of his family, his community and his country. He authored a treasured book of family history that required years of research and studying Italian history and language. He was proud to be an Italian citizen and traveled to Italy with Cynthia in search of his family heritage. Richard volunteered regularly at the Upton Historical Society and enjoyed learning local history, especially that of the Rockwood Farm, which would become the Amato Farm some 200 years hence.

Richard was preceded in death by his beloved wife of 46 years, Cynthia (Perry) Amato, his sister, Mary (Amato) Leone of New Paltz, New York, and his son-in-law, Mark Sylvester of Hopkinton. Survivors include his sister, Diana (Amato) Craven and her husband, Steven, of Greer, South Carolina; his children: Mark and his partner, Robin Boylen, of Hopkinton, Joe and his wife, Suzanne, of San Francisco, and Elizabeth Sylvester, also of Hopkinton. He also leaves five grandchildren: Andrew Amato and his fiancée, Christina Lombardi, Alyson (Amato) Dixon and her husband, Brooks, Alex Amato, Evan Amato and Napoleon Sylvester; and one great-grandson, Parker Amato.

His memory will live on in our hearts forever.