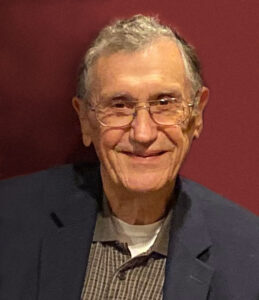 Robert W. Bierig, loving husband, father, grandfather and uncle, passed away March 13 at his Hopkinton home, surrounded by his loving family, after an extended illness. Bob was born Jan. 1, 1932, in Alma, New York, to Ruth Crawford of Dorset, Ohio. He grew up in Erie, Pennsylvania, where he graduated from Strong Vincent High School in 1949. After graduation from high school, he attended college until he was called to serve his country during the Korean War. He served in the U.S. Air Force from 1951-54, at which time he was honorably discharged. He then cared for his disabled father.

He restarted college after his father’s death and earned a Bachelor of Science in physics and electrical engineering from Princeton University.

After graduation in 1958, Bob moved to Massachusetts and started his long and successful career at the Raytheon Company, Research Division. While at Raytheon, he was responsible for a significant portion of the research in the general area of electron paramagnetic resonance. He also did work at the MIT Francis Bitter National Magnet Laboratory studying the band structure and the conduction band nonlinearities of III-V semiconductors. Bob earned numerous patents and was honored in 1988 by being elected a Fellow of the IEEE for leadership in the research of gallium arsenide device and monolithic microwave integrated circuit technology.

Upon his retirement from Raytheon, he attended Harvard University and earned a master’s degree in education. He then spent several years as a substitute teacher in the high schools of the surrounding towns with the hope of exciting the students in the pursuit of science.

Bob most loved spending time with his extended family, gardening, listening to classical music, fly fishing in Maine, reading and cooking. Bob’s pies and rolls were coveted and enjoyed by his family. One of the first words of one grandnephew was “ro-ro.”

For 57 years, Bob brought his children, grandchildren and one hardy nephew to fly fish in the wildest reaches of Maine’s inland mountains. A love of nature and years of cherished memories were created during these trips to the North woods.

Bob met the love of life, his wife Barbara, at Raytheon. Their more than 41-year marriage was a model of reciprocal love and mutual respect. Other than their yearly Caribbean vacations during the winter, most of their time was spent loving their extended family and happily providing babysitting for two generations of grandchildren, nieces, nephews, grandnieces and grandnephews.

Bob’s passing has left a massive hole in the hearts of those who love him. The mountain has fallen but the many foothills still stand. Bob’s legacy, the love of family and self-sacrifice, will be carried forward and passed on by his descendants.

He is survived by his loving wife, Barbara, of Hopkinton, son Brian and wife Susan, daughter Teresa and husband Matt, and son Robert K. His son Kurt predeceased him in death. Bob also is survived by his grandchildren, Trevor and Ariel Bierig, Devin Bierig, Blake and Brady Neyland, and Veronica and Tabbitha Bierig.

A private graveside service and burial will be held at St. Mary’s Cemetery in Holliston at the convenience of the family. Arrangements are under the care of the Chesmore Funeral Home.