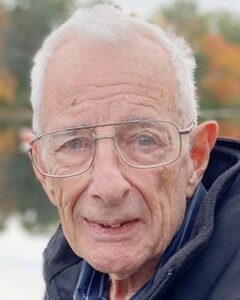 Robert E. Priore, 74, of Uxbridge passed away Feb. 23 at Milford Regional Medical Center. He was the husband of Susan E. (Fahey) Priore.

He had been employed as an electrician and later as the energy network coordinator at Wellesley College for 37 years before his retirement in 2007. He was born in 1946 in Natick, the son of the late Palmerino J. and Carmella (Grassey) Priore, and had been a resident of Natick before moving to Uxbridge in 2007. He was a U.S. Air Force veteran, serving during the Vietnam Era. Robert enjoyed woodworking, cabinetry, making furniture and an annual getaway with friends and family on Columbus Day weekends. He took great pride in restoring cars with his son, which included his 1929 Model A Ford and his blue 1967 Chevelle SS. He was a longtime active member of Faith Community Church in Hopkinton and had also recently attended the Valley Chapel in Uxbridge. Along with his wife, they enjoyed traveling and had visited all 50 states in the U.S.

In addition to Susan, his wife of 46 years, he is survived by his daughter, Kimberly B. Priore of North Grafton, his son, Douglas R. and his wife, Amanda Priore, of Whitinsville, two sisters, Loretta McNeil of Bellingham and Elizabeth Hartwell of Sherborn, two granddaughters, Jordan and Elise, and many beloved nieces and nephews. He was predeceased by his sister, Nancy Galvin and his granddaughter, Sophia Priore.

A memorial service was held Feb. 29 at Faith Community Church of Hopkinton. Funeral services were under the care of the Buma Funeral Home of Uxbridge (bumafuneralhome.com). Memorial donations may be made to the American Parkinson Disease Association, APDA Mass. Chapter, 72 East Concord St., Room C3, Boston, MA 02118.