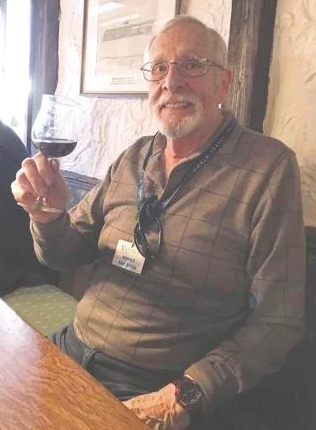 Born Sept. 12, 1937, in Boston, Ron grew up in Roxbury and Newtonville and also resided in Westwood and Hopkinton. In 2002, Ron and his wife retired to New Hampshire, where he spent his remaining years enjoying the good life.

Ron will be missed every day by his wife, Betsy of Moultonborough; his sons, Glenn and Scott; along with his daughter-in-law, Camille; and grandsons, Lakota and Jadon. We will miss his legendary stories and larger-than-life tales of his many hunting and fishing adventures. He also leaves his brother, Steve, and sister-in-law, Carol; his niece, Nicole DiPersio and her husband Rick and their sons Nicolas and Cole. Ron also leaves behind good friends who will miss him dearly and remember him fondly.

Ron is predeceased by his parents, Romeo “Ray” and Zita Santarpio; and daughter, Janine Santarpio O’Toole.

Ron was a small business owner and a New England representative for manufacturers in the commercial kitchen equipment industry. He worked hard and used the outdoors to balance his life. He was an avid hunter, shooter, fisherman and fly tyer and traveled far and wide hunting in Africa, New Mexico and Idaho. He fished in Labrador, Canada, Alaska and the beautiful streams and rivers of New England. Ron also was a gifted woodcarver and won numerous blue ribbons over the years.

Ron belonged to various groups including United Fly Tyers of Massachusetts, Hopkinton Sportsmen’s Association, Rocky Mountain Elk Foundation, National Rifle Association, Winnipesaukee Sportsmen’s Association and Single Action Shooting Society. Ron was a cowboy at heart and often joked that he was born in the wrong century and on the wrong side of the country. He was a proud American and served in the Massachusetts Air National Guard.

There will be a celebration of life at a later date. In lieu of flowers, please consider making a donation to the Alzheimer’s Association in Ron’s name: alz.org or 312-335-8700.