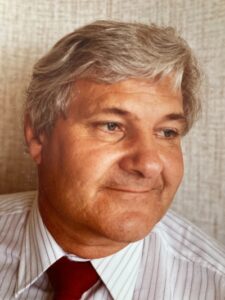 Rudy Aarden, a longtime resident of Ashland, passed away at age 88 on Feb. 12 at home with his wife by his side.

Rudy was born on July 20, 1932, in Amsterdam, the Netherlands, to Elisabeth (Dekoning) Aarden and Gerard Aarden. Rudy served in the Dutch Navy/Air Force and married his longtime sweetheart, Bernarda Kruisselbrink. Due to a housing shortage in the Netherlands, the family immigrated in 1957 to Montreal, where Rudy worked as a mechanic at Seamans. In 1966, the family immigrated again to the United States, where Rudy worked as a service technician for the United X-Ray Company.

Rudy was a sweet man with a great sense of humor. He loved music and enjoyed playing the guitar and harmonica. He also enjoyed camping and traveling. In 1980, Rudy built a log cabin in Rindge, New Hampshire, where the family enjoyed the summers.

Due to COVID-19, services are private. Services are under the care of the Materese Funeral Home of Ashland.