The Superintendent of the Hopkinton Public Schools received feedback on her performance for the first half of the school year during the Feb. 7 School Committee meeting.

Dr. Carol Cavanaugh was given kudos by the School Committee for her work ethic and leadership skills during her mid-cycle formative evaluation.

“I don’t think I know anyone who works harder and longer than you do,” said School Committee chair Nancy Richards Cavanaugh.

Each of the School Committee members had a chance to give their feedback to Cavanaugh, who just became the permanent leader of the district at the beginning of the school year. Prior to that, Cavanaugh was appointed as interim superintendent for the previous six months after working as assistant superintendent in Hopkinton since 2016. 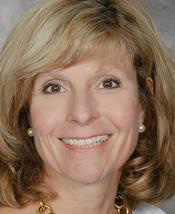 Vice chair Meena Bharath stated that it was evident that Cavanaugh had been working very hard at the very challenging and involved demands of her role.

“You put student experience at the center,” she said. “You make an effort not only to keep yourself abreast of [the latest educational research], but to also share that wealth of knowledge with us.”

Bharath commended Cavanaugh’s willingness to listen and take feedback, and on her efforts to reach out and partner with the community.

“You make time for everyday people in the community by giving them your ear,” she said to Cavanaugh.

The School Committee also gave Cavanaugh feedback for areas of growth as she goes into the second half of the school year.

Bharath also said she was looking for Cavanaugh to more fully understand student needs and listen to even the youngest of learners.

“They have opinions, they have experiences. … Their voice matters,” she said.

Several committee members also touched on the challenging topics that Cavanaugh has had to face this year and will need to continue to face in the future.

“I think that there are still some difficult conversations to be had,” said member Meg Tyler, who spoke about the need for more diversity on the Hopkinton Public School staff. “There are students here that have struggles, who don’t have role models to look like them or who are like them. They need role models with whom they can feel a keen affiliation.”

Overall, the School Committee members made clear their approval of Cavanaugh’s progress on her goals to date.

“I have a lot of respect for the way you have taken our tremendous leaders in the district and knit together a tremendous team of leaders. … That trickles down into the classroom,” said member Amanda Fargiano.

Fargiano said she encouraged the community to reach out to Cavanaugh to engage with her and to give her feedback that will help build the district’s strategic plan.

“There is a huge amount we can learn from your knowledge,” she said.