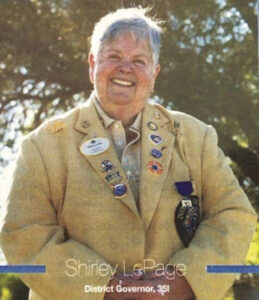 Shirley A. LePage, 77, of Zephyrhills, Florida, and Gilford, New Hampshire, passed away on Oct. 16 at Massachusetts General Hospital.

Shirley was born on May 2, 1943, in Framingham, the adopted daughter of Francis and Elda (Green) Arms. Shirley was raised in Hopkinton.

In addition to her dedicated service with the Lions Club, she wrote beautiful poetry and children’s books inspired by her many grandchildren and great-grandchildren, featuring Mrs. Wigglebottoms and her adventures.

A natural conversationalist with a love for meeting new people, Shirley left a lasting impression with everyone she met. She was loved and adored by anyone who came in contact with her, leaving her mark in this world. Thank you Mom and Yia-Yia for giving us memories we will treasure forever … know that we love you always and always will.

All adored her and hold a special place in her heart.

Adhering to the guidelines of New Hampshire and the CDC, social distancing is strongly encouraged and face coverings will be required. Only 60 guests will be permitted in the funeral home at one time.

Memorial calling hours will be held on Thursday, Oct. 29, from 4-6 p.m., in the Carriage House at the Wilkinson-Beane-Simoneau-Paquette Funeral Home, 164 Pleasant St., Laconia, New Hampshire.

For those who wish, the family suggests that memorial donations in Shirley’s memory may be made to the Zephyrhills Lions Club, 5827 Dean Dairy Road, Zephyrhills, Florida 33541.