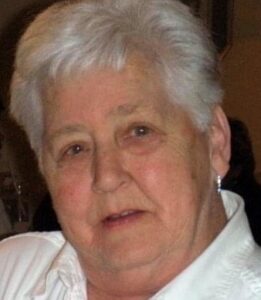 Shirley L. Lowe, 83, of Hopkinton passed away April 6 at Milford Regional Hospital. Born in Sebec, Maine, she was the daughter of the late Violet (Stevens) and John Hughes. She was the wife of 54 years to the late William E. Lowe.

Shirley enjoyed doing crossword puzzles and knitting. She is survived by her sons, Stephen Hughes of Maine, Wako Johnson and his wife, Peggy, of Bellingham, Cindy Hume and her husband, Douglas, of Vermont, and William Lowe of Hopkinton. She also leaves behind her sister, Bessie Gray of Florida, as well as six grandchildren, Jennifer, Lisa, Stephen, Keith, Douglas and Derrick, and 10 great-grandchildren. She is predeceased by four brothers and one sister.

Services will be held at a later date and are under the care of the Chesmore Funeral Home of Hopkinton.