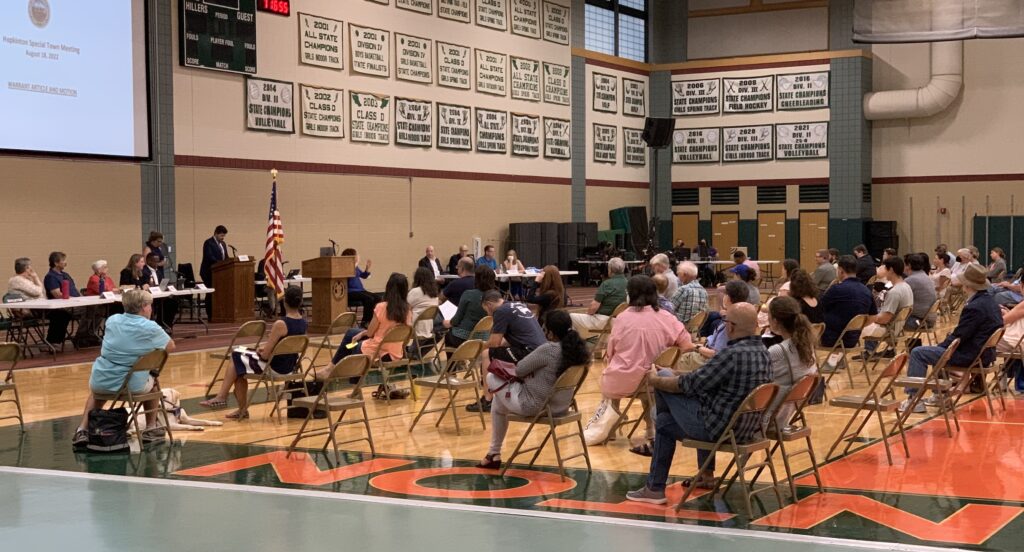 Thursday’s Special Town Meeting was short and to the point, and an overwhelming majority of attendees supported allocating funds to cover the increase in construction costs for the addition to Marathon School.

There was a strong turnout — at 276 residents, it was about double the total at Annual Town Meeting in May.

Town Meeting already twice appropriated funds for the project, but costs went up since the most recent approval in May. The article called for the transfer of $850,000 from the School Department Stabilization Fund, meaning there would be no tax increase for residents.

Ken Weismantel was one of two residents who offered his thoughts before the vote.

“The amount is to be taken from the Stabilization Fund and will not raise taxes,” he said, also noting that construction costs and interest rates are expected to rise going forward, and any delay by the town would only add to the cost. “Let’s approve this quickly so some of us can put the kids to bed — in my case, my granddaughter, who is visiting — and have an adult beverage.”

Resident Linda DiBona expressed concern about the continually rising costs and wondered if the price tag could increase again before the work is completed.

Schools Finance Director Susan Rothermich responded that the winning contractor’s bid is a “fixed price,” and there is a contingency to cover unforeseen additional costs.

A two-thirds majority was required for the article to pass. While it appeared that a handful of people were in opposition, a voice vote was sufficient to determine that the article passed easily, and the meeting was over after 15 minutes.