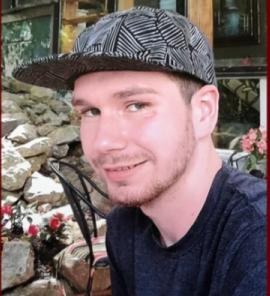 Thomas J. Robson, 23, of Rockland passed away unexpectedly on March 7. He struggled with drug addiction throughout his short life and was turning around his life when he relapsed. He was employed by Rug Merchant in Rockland and loved his job and coworkers. He just recently moved from sober housing to an apartment on his own. Tom was a loving, kindhearted and deeply intelligent person who was dearly loved by his family and all who knew him.

Tom was a very talented writer and enjoyed spending time with his family and trips to Boston. He was excellent at archery and an avid four-wheeler enthusiast prior to his addiction dictating his life. He enjoyed playing disc golf, bowling with his friends, and science and history related documentaries.

He is survived by his mother, Janet Robson of Milford, his father, James Robson of Hopkinton, his sister, Carrie Rose, and his nephew, Jon Piccioli of Upton, his paternal grandmother, Marcia Robson of Hopkinton, aunts Margaret Varnum, Diane Mercier and her husband, Eric, and Susan Varnum, all of Milford, Pamela Daily and her husband, Ed, Donna McRoberts and her husband, Philip, and Paula Robson of Palmer, and uncle Richard Varnum of Thailand. He was predeceased by his aunt, Deborah Leacu, who died in 2018. Deepest appreciation goes to all the facilities who provided support to him, most especially to Tom Knight in Newburyport and Tom Frye in Abington.

A funeral service was to be held March 14 in the Chapel of the Matarese Funeral Home in Ashland. In lieu of flowers, donations can be made to Brook Recovery Center, 673 Bedford St., Abington, MA or Chris’s Place, P.O. Box 2157, Wakefield, MA 01880.