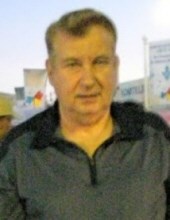 Wayne S. Morey, 83, of Bellingham passed away at Milford Regional Hospital on July 7 after a period of declining health.

He was born in Milford, the son of the late Raymond and Evelyn Morey. He had been a resident of Bellingham since December 1994 and previously lived in Hopkinton and Upton. He was a graduate of Milford High School class of 1956. He was a veteran of the U.S. Navy, serving from 1956-59 on the aircraft carrier U.S.S. Leyte with the rating of E5 fire control technician second class.

Mr. Morey was active in scouting as a youth and was an Eagle Scout. He worked for IBM in various locations and positions, retiring after 31 1/2 years of service. He was a partner in Family Pizza West, located on Route 20 in Marlborough, for four years. After a rest, he went to work for First Data Investor Services of Westborough. He went to Clark University during this time and became certified as a client server developer. He was a senior applications developer at First Data and the joined the IT group at UMass Medical School as a senior applications and database developer. He later joined D.R. White Computer Services as the MIS manager and an applications and database developer. He worked there until his retirement due to medical reasons on Dec. 31, 2004.