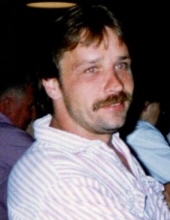 Whitney Philip Crafts, 60, a resident of Springfield, passed away Oct. 30 at Bay State Medical Center. Whitney was born in Pensacola, Florida, on Oct. 16, 1962, the son of Philip W. and Margaret (Whitney) Crafts. He attended Hopkinton High School and was smart as a whip but not much for school. He became an auto mechanic directly out of school and had a strong following of garages who were always looking for his services. In his early years, he was a motor sports fanatic, including four-wheeling, motocross and snowmobiles. Whitney was very social, with lots of friends.

After a few years he tried his hand at home building and loved carpentry. He used to say that when he gave people a nice place to live, they loved his work and always wanted more. He said when he fixed somebody’s car they were always mad because it cost so much. After framing homes, he apprenticed with his boss and friend Glen Sisco to become an interior trim carpenter. He spent the remaining work years with his own business, trimming high-end homes in the Framingham and Boston area. Whitney’s final job was remodeling his mother’s retirement home in Springfield. He was the driver and helper for his mother until passing away. Whitney is survived by his mother, Margaret Crafts, brother, Douglas Crafts, daughter, Ananda Anderson, and nieces, nephews and cousins. He was preceded in death by his father, Philip Crafts, partner, Lori Anderson, and sisters, Daryl Iannetteli and Debbie Crafts.

The family has entrusted arrangements to the care of Covey-Allen & Shea Funeral Home, Wilmington, Vermont.