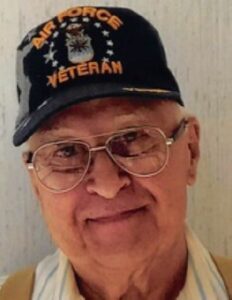 Arsen DerGarabedian, 81, a U.S. Air Force veteran, passed away peacefully at Milford Regional Medical Center on May 6 after residing in Hopkinton. He is survived by his beloved wife Kathleen DerGarabedian, daughter Sandra, stepdaughters Carolyn and Julie, as well as several grandchildren, nieces, nephews, extended family and friends. He is predeceased by two brothers, Gary “Maxim” Derr, and Massis “Gary” DerGarabedian, and his stepfather, Mario DiLuzio.

Arsen was born Sept. 12, 1938, in Chelsea, the youngest of three sons to the late Kegham and Ramela (Vartanian) DerGarabedian DiLuzio. A proud patriot, Arsen served our nation in the U.S. Air Force during the Vietnam War and continued service in the National Guard for more than 27 years until retiring as a technical sergeant. In addition, he enjoyed his civilian career as a salesman for the Electrolux Vacuum Company. He too, with a lifelong interest in locomotives, helped photograph and prepare model train instruction manuals.

Funeral services were to be held privately under the direction of the Philbin-Comeau Funeral Home in Clinton.