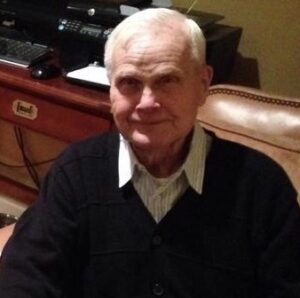 Arthur L. Lane, 93, of Hopkinton passed away May 8 following a short battle with COVID-19. Born in Saint Clairsville, Ohio, he was the son of the late Goldie and Christopher Lane. He was the husband of 71 years to Ann (Mead) Lane of Hopkinton.

Arthur was a Navy veteran of WWII, having served as seaman first class on the USS Bulmer, USS Providence and USS Rochester. He was a retired MBTA Transit Operator and also enjoyed working as a carpenter. His favorite hobbies were hunting and fishing.

Besides his wife, Arthur is survived by five children, Richard A. Lane of Nottingham, New Hampshire, James C. Lane and his wife, Kathleen, of Southborough, Paula Lane of Townsend, Carolyn Freedman and her husband, David, of Upton, and David Lane and his wife, Mary, of Townsend. He also leaves behind a brother, James Lane of St. Clair Shores, Michigan; six grandchildren, Christine Rice, Patricia Dash, Robert Lane, Julie Aponte, and Andrew and Sara Freedman; as well as four great-grandchildren, Troy, Kyle, Fiona and Girish. He is predeceased by his sister, Betty.

A memorial service will be held at later date. In lieu of flowers, donations may be made to Veterans Association of America.

Arrangements are under the care of the Chesmore Funeral Home of Hopkinton.