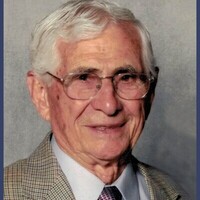 On May 5, Christos S. Papadellis, loving husband of Niki and father of Randy C. and Louis C., passed peacefully in his home of 56 years after a short illness.

Born Aug. 13, 1922, in the village of Anemotia on the island of Lesvos, Greece, the youngest of five children, Chris left home at age 12 to become an apprentice in a men’s clothing store while attending school in the island’s capital of Mytelene. After helping protect his family during the Nazi occupation of the island, he joined the Greek National Army, fighting against the communist forces in Greece. He returned from the army and married “the girl almost next door,” Niki, and immigrated to the United States. With $17 in his pocket, he went through Ellis Island and landed in Framingham, where his beloved sister Eukratia lived. Eventually, after a year, he made enough money to send for his wife to join him.

After the birth of his two sons, he intended to move back to his home country. In 1963, however, he and Niki opted to stay in the United States, which provided better opportunities for the family — especially their children. Doing what was best for his family would be a constant goal throughout Chris’ long life.

From the late 1950s until 1981, Chris owned and operated the Frosty Tee on Route 9 in Natick. In 1968 he expanded his operation, opening the Tasty Treat on Route 135 in Ashland. He then expanded his business holdings to include real estate, such as the Union Village across the road from Tasty Treat — a property he owned and managed up until his death. Several well-known restaurateurs as well as hundreds of teenagers and young adults started their careers working for Chris in both of his operations.

He was predeceased by his parents, Sarandis and Evangeline, his siblings, Eukratia, Julia, George and Stratos and their spouses. He leaves his wife of 69 years, Niki, his sons, Randy (Cathy) and Louis (Laura), both of Hopkinton, four grandchildren, Anne Elizabeth, Christopher, Christian and Alexa Papadellis, and many nieces and nephews in both Greece and the United States.

The family is extremely appreciative of the Sts. Anargyroi Greek Orthodox Church community, especially Fr. Gregory Christakos, who provided much love and support to him in his later years.

At this time, funeral services (under the care of the Matarese Funderal Home of Ashland) will be for family only, with hope of a memorial service to honor Chris’ rich life at a future date. In lieu of flowers, one may make a contribution in the name of Christos Papadellis to the Sts. Anargyroi Capital Campaign, P.O. Box 381, Marlborough, MA 01752.