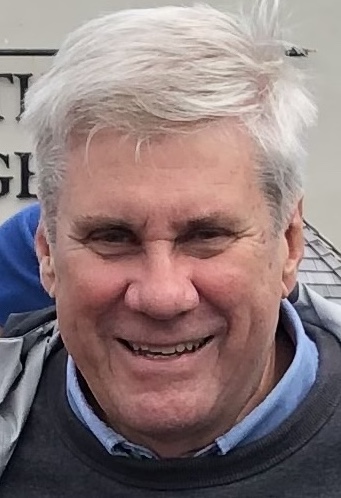 Bruce Anderson Tobey, 72, of Hopkinton as well as Ocean Park, Maine, husband, brother, father, uncle, grandfather and friend, passed away peacefully on Oct. 17 following a brief illness. He departed this life a champion of and hero to all who had the privilege of knowing him.

Born on July 27, 1950, to Chester and Barbara (Ledger) Tobey in Needham, the oldest of four siblings. Bruce graduated from Needham High School in 1968 and went on to attend the University of Miami. It was there that he began his love affair of all things Miami Hurricanes. There was rarely a Canes game that went unwatched or recorded for later viewing. Following his graduation from Miami, Bruce completed his education at Babson College, earning an MBA.

Bruce married the love of his life, Jill (Kennedy), on Oct. 19, 1974. They met in Ocean Park, Maine, as teenagers and then built their life together for 44 years in Hopkinton. Bruce was an ambitious businessman and excelled as a chemical sales executive, where his success allowed him to achieve an early retirement.

Following his retirement, Bruce dedicated his time to volunteering at Community Harvest in Grafton, where his love and skill of gardening helped to provide fresh food to the Worcester Food Bank.

Additionally, Bruce and Jill traveled extensively throughout retirement. A larger-than-life personality, Bruce made friendships all over the world. He collected lasting memories during these travels that he passed on to his adoring grandchildren who affectionately referred to him as their “Bubba.”

Bruce is survived by his wife, Jill, sons Christopher and wife Lee (Barnum), and Scott and wife Ashley (Smith), grandchildren Conor, Ian, Isla and Lillian, sister Susan and husband Lee Romano, niece Elizabeth Romano, and nephews Corey and Ryan Tieva and their families. He also leaves a vast network of lifelong friends who were more like family who will remember him forever.

He was preceded in death by his parents, Chester and Barbara, his loving sister Janice Tieva, and his devoted brother Eric.

While the void that he leaves is immeasurable, Bruce has left a legacy of love, charity and a dedication to family that his friends and family will continue in his memory.

A celebration of life will be held later in the spring in Ocean Park, Maine. He would also like to leave you the way he left all of us, write if you get work.