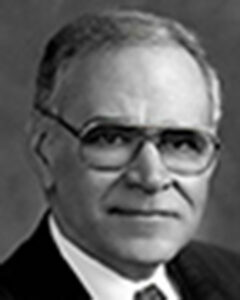 Clement T. Lambert, 83, of Hopkinton passed away June 15 at Beaumont Skilled Nursing and Rehab Center in Northbridge. He was the husband of Anna M. (Volpe) Lambert.

Mr. Lambert had been President of CT Lambert and Associates in Framingham for 50 years before retiring in 2015.

He was born Sept. 25, 1935, in Worcester, the son of the late Clement J. and Beatrice (Plante) Lambert. He was a graduate of Bryant College, where he earned a B.S. in finance, and later he received a master’s in marketing from Northeastern University.

Clement had been a member of the Boy Scouts of America in Framingham, serving as treasurer, was a former Framingham Union Hospital trustee for 10 years, was a member of the Massachusetts Society of Certified Public Accountants since 1963, and served on boards of various nonprofit organizations, including Project Just Because LLC.

In addition to Anna, his wife of 62 years, he is survived by his daughters, Donna and her husband, Timothy Macaulay, of Maine, and Cherylann Lambert Walsh of Hopkinton, as well as four grandchildren, Amanda, Collin, Amber and Marissa.

Services were held June 21 at Buma-Sargeant Funeral Home in Milford, followed by a Mass of Christian Burial in Sacred Heart of Jesus Church in Milford.

In lieu of flowers, memorial donations may be made to Project Just Because, Inc., 109 South St., Hopkinton, MA 01748.