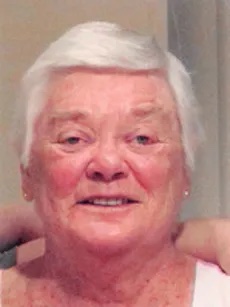 Constance A. Fedeli was born to the late Joseph R. and Stephanie Lango in Southbridge on Nov. 24, 1936. She attended primary and secondary schools there and aspired to become a nurse, but her father was insistent that she obtain a college education. To satisfy both goals, Connie obtained a Bachelor of Science degree and a nurse’s diploma from Brown University and Rhode Island Hospital under a joint program.

She married Michael Fedeli in 1961 and continued her nursing career for a short time while he was in military service. Then she elected to stay home to help raise their two daughters. She loved her family and beaches, in that order. The family visited beaches in Rhode Island and Cape Cod and spent several summers at Point Judith, Rhode Island. Later, she and Michael vacationed at beaches in the Caribbean and in Florida. Connie and her family lived first in Warwick, Rhode Island, where she and her daughters became members of St. Gregory’s Church and the daughters graduated from high school. They lived in Connecticut for a short time, then moved to Hopkinton. She and her husband later retired to Falmouth, where beaches are plentiful.

Connie’s health deteriorated in the last year, and she died July 10 in Falmouth. She leaves her husband, daughters Sara Calvert and Lisa Dunec, and two grandsons.

Arrangements are private. Donations to arthritis cures if desired. Please no flowers.