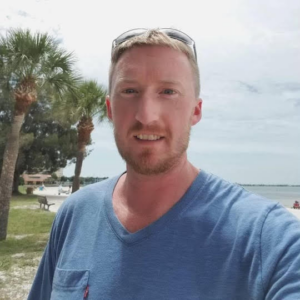 Derek Holden Dempsey, 36, of Woonsocket, Rhode Island, and formerly of Hopkinton, passed away March 15 at Rhode Island Hospital. Born in Worcester and raised in Hopkinton, he was the beloved son of Jennifer Ann Holden and her partner, Richard Schnitzlein, of Upton, and James Dempsey and his wife, Gail Dempsey, of Worcester.

Derek also is survived by his daughter, Claire Dempsey, and her mother, Lauren Matias, both of Ashland, his sister, Sarah Dempsey, and her children, Madeleine and Maximus Corriveau, of Worcester, and his brothers, Jonathan Dempsey and wife Jessica Pearl of Landenburg, Pennsylvania, and Geoffrey Dempsey and partner Marissa Douglas of Philadelphia.

Derek attended Hopkinton Public Schools and had been employed with California Closets for many years. Derek enjoyed helping people and was the first to volunteer when a job needed to be done. He was handy with tools and enjoyed tinkering with machines, woodworking and crafting furniture. He enjoyed spending time with his many friends and especially enjoyed the time spent with his daughter, Claire.

Private family arrangements are being held and are under the care of the Chesmore Funeral Home of Hopkinton. In lieu of flowers, donations may be made to American Heart Association (heart.org) or to a charity of one’s choice.