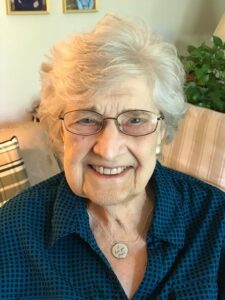 Mrs. Swing was educated in the Salisbury schools and graduated in 1941 from Boyden High School, now known as Salisbury High School. She received her B.A. from Lenoir Rhyne University, graduating in 1945. She was the first woman elected editor of the weekly Lenoir Rhyne and was elected May Queen for the school year 1944-45. She received her master’s degree from the University of South Carolina in 1978.

A funeral service was conducted Feb. 16 at the Summersett Memorial Chapel, with interment following at City Memorial Park in Salisbury, North Carolina.