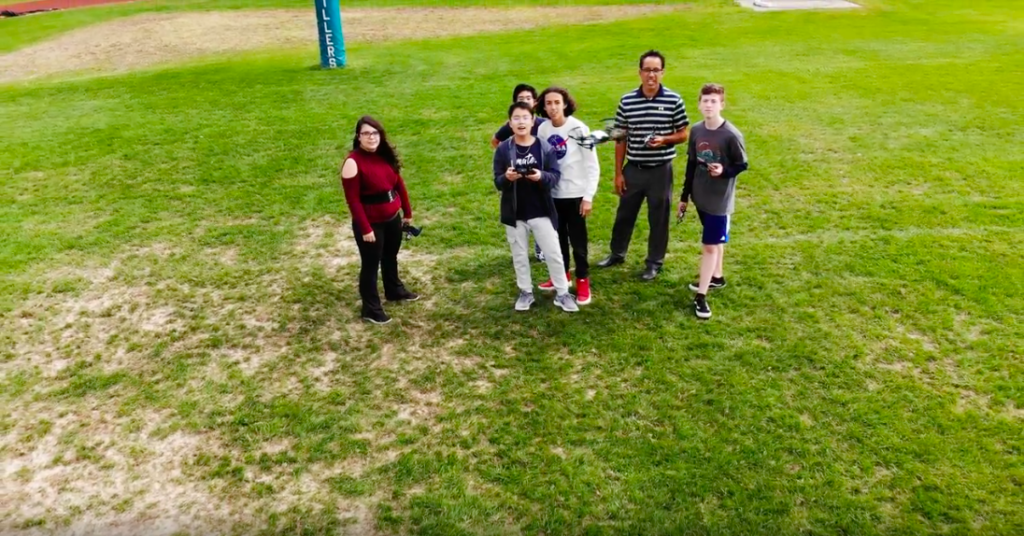 A group of Hopkinton High School students have formed a club to build and race drones.

It hasn’t taken long for Sterling Worrell and a group of Hopkinton High School students to get the school’s drone club off the ground.

A vision from the school’s director of technology, Ashoke Ghosh, quickly became a reality when Worrell agreed to oversee an after-school drone racing and photography club this year.

“[Ghosh is] a drone enthusiast [and] approached me about forming a drone club,” said Worrell, who teaches photography in the school’s visual arts department. “We just found some people who were interested in the drone club, some students, and went from there.”

The self-described “fledgling little club” has put Hopkinton on the cutting edge of what could become a popular new after-school activity.

A typical meeting consists of a group of 6-10 students getting together in the high school gym on weeknights, building drones and competing in races.

“We wait for all of the sports to get done in the gym … and we just put up the basketball goals and everything and we just have a great time ripping back and forth with the racing drones,” Worrell said.

Worrell admits it can sometimes be a struggle to get the drones working properly. Frequency issues in connecting the drones and controllers to WiFi networks and Bluetooth can cause setbacks.

But once they’re up and running, it’s off to the races.

“When we finally get it all put together, we have a heat,” Worrell said. “What we do is we’ll go around the track in the gym, but we will find some obstacles, usually volleyball stanchions, net stanchions. … We’ve had racing drones doing 35 miles per hour in the gym.”

The group held its first inter-club race in early 2020, but finding other high schools to compete against has proven to be a challenge. Worrell has talked with area schools about founding a drone racing league, but finances and a lack of proper technology are holding up things. 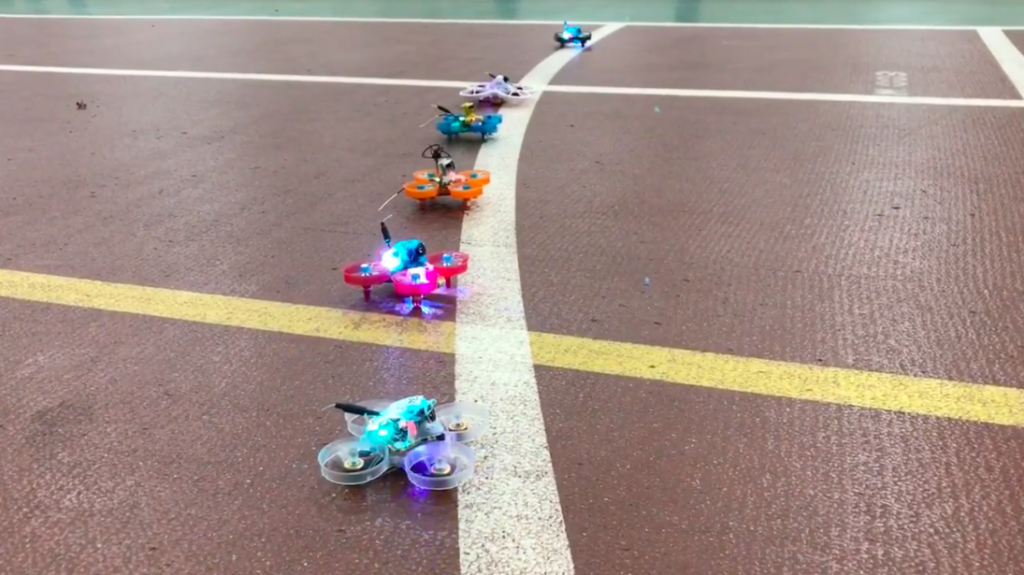 However, with the rise in popularity of esports and gaming, it might only be a matter of time until drone racing becomes a staple at every high school.

The school’s drone club caters to all levels of interest and is not solely focused on racing. Some students, like upperclassman Jacob Sullivan, have combined their interest in drones with photography. Others have even taken up building their own drones.

“[Jacob’s] drone takes high-def photographs, and he went up above the main campus at dusk and took this picture of the glow of sunset,” Worrell said. “You can see Wachusett Mountain in the background. All the street lights are just turning on. It’s an amazing photograph.”

Added Worrell, “[Another student], Frank, has a strong interest in racing and he’s built a lot of his own drones. And then we’ve got some freshmen, underclassmen — you know the type, they’re into video games and things like that, so this just fits in perfect with them because you’re using [something similar to] a game controller.”

The school doesn’t currently offer any drone courses, but Worrell said the school’s business, technology and engineering leader, Doug Scott, plans to offer an aeronautics engineering class that includes a unit on drones next fall.

With the potential addition of a course on drones, an already advanced drone club at HHS could climb even higher.

One might even say the sky is the limit.