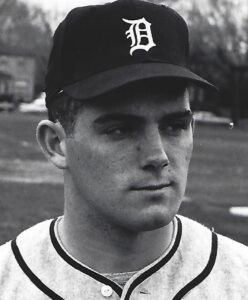 Frederick Leo Murphy Jr., a longtime resident of Hopkinton, passed away Jan. 1 after a long battle with Lewy body dementia. He was 77 years old and the devoted husband of 56 years to Judith (Hamilton) Murphy. Born in Natick on Feb. 25, 1944, he was the son of the late Frederick and Katherine (Moran) Murphy. He moved to Hopkinton at the age of 5.

A 1961 graduate of Hopkinton High, Fred was a standout athlete for the Hillers, excelling in football, basketball and baseball. He was student council president, Key Club president and class president while in high school. He was a player on the first Hopkinton Little League team. He held the record for the longest home run in Hopkinton High history. He was inducted into the Hopkinton High Athletic Hall of Fame in 1996. Fred also was a member of the Milford Legion baseball team.

Following high school, Fred attended Dean Junior College in Franklin. He then enrolled at the University of Detroit, earning a B.A. in physical education in 1966. He was a member of the St. Francis Club of the University of Detroit. He later earned a master’s degree from Northeastern University. Fred began his teaching career at Natick’s Kennedy Middle School before switching to Natick High School, where he spent the rest of his career before retiring in 2001. He was the undefeated badminton champion until his retirement.

Fred transitioned from coaching football, track and wrestling in Natick and Framingham to equipment manager at Natick High School so he could start watching his children participate in high school sports. Fred’s greatest love was his family. He was their No. 1 fan. He NEVER missed a game or scrimmage, traveling throughout the country to watch them compete in badminton, football, lacrosse, field hockey, basketball, baseball, softball, track, soccer, ice hockey, horseback riding, cross country, cheering and dance. You knew he was there, though not often seen, by the smell of his pipe.

In addition to his wife, Fred is survived by his children, Christopher Murphy, Kathleen Whittles, Jessica Jenkins and Sarah Smith (Greg). He also is survived by his grandchildren, who really loved their Papa: Jake, Ian, Madison (Robby), Isabella, Lindsay, Seth, Ava, Riley and Morgan. In addition, he leaves a brother, Timothy Murphy. He is predeceased by his brothers James and Edward and his sister Joanne Sparks.

A funeral Mass will be celebrated Monday, Jan. 10 (postponed from Jan. 7), at 10:30 a.m. at St. John the Evangelist Church, Hopkinton. Burial will follow in Mount Auburn Cemetery, Hopkinton. Funeral arrangements have been entrusted to the Callanan Cronin Funeral Home.

In lieu of flowers, donations in Fred’s name may be made to the Hopkinton Marathon Fund Committee, 18 Main Street, Hopkinton, MA 01748.