Fruit Street bridge to be closed for 1 year for reconstruction 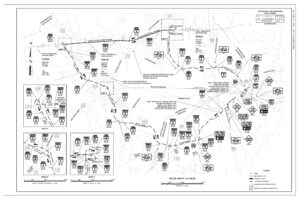 As part of the Massachusetts Department of Transportation’s I-90/I-495 Interchange Improvement Project, the Fruit Street bridge over the CSX railroad tracks will be closed from the end of September through September of next year.

With the project — anticipated to cost almost $300 million — MassDOT is looking to “improve the safety and operational efficiency at the system interchange of these two nationally and regionally significant interstate highways” as well as “address chronically deficient traffic conditions.”