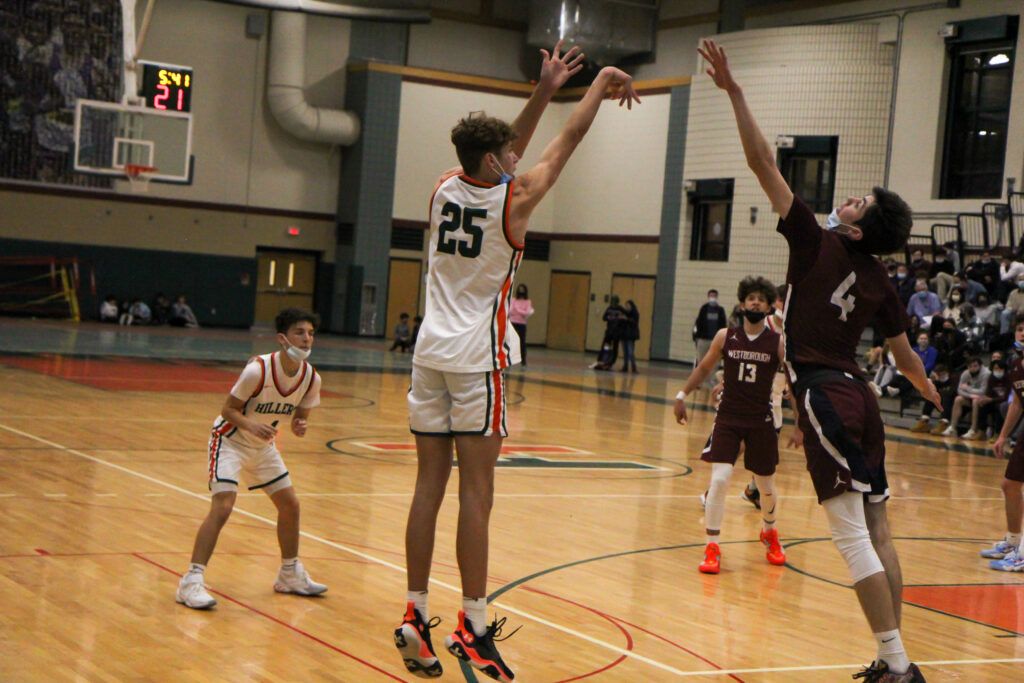 Hopkinton High School boys basketball coach Tom Keane has a deep team this season — and that’s an especially good thing, because he wants the Hillers to hustle.

“We have got quite a few guys we are hoping to play this year, and we want to play with a good pace and get up and down the court,” Keane said. “Hopefully we are going to try to play fast and get a lot of guys in games.”

As was the case during last year’s 14-7 campaign, this year’s Hopkinton team is not especially big, and Keane said rebounding could be a challenge throughout the winter. He is hoping to counteract the relative lack of height with speed and athleticism.

“The biggest goal is to improve and to play a little bit faster,” he said. “We didn’t always play as fast as I wanted to last year.”

Keane also wants to see his team make strides on the glass, and he’ll be looking to a strong corps of veteran players to provide leadership on and off the court.

Senior forward Tommy Engel-Chatten is one player Keane is particularly excited about.

“I think he is going to have a great year,” the coach said. “He has developed and gotten better every single year. He has a great 3-point shot, and he is one of the most athletic kids I have had in a long time.”

Fellow seniors Nate Carson, Cole Deisenroth and Zach Hyman are additional key cogs for the Hillers. Keane described Carson as a strong defensive player and a “scrappy” player for Hopkinton off the bench. Deisenroth will help the Hillers on the glass as a sizable swingman and a “glue guy” who Keane said can do just about everything on the court.

As for Hyman, Keane said the shooting guard is a “hustle player.”

“He’s a scrappy, hard-nosed kid,” Keane said. “He shoots the 3 well and he is a leader in terms of team spirit, he gets the guys going all the time.”

Hopkinton also returns a pair of juniors this winter. Forward Sam Pantera came close to averaging a double-double a season ago and primarily plays on the interior. It will be up to point guard Jack Ianelli to set Hopkinton’s fast pace.

“He controls the tempo of the game,” Keane said. “He is a good driver and a good shooter.”

Keane is looking for significant contributions from the rest of the roster and the seven newcomers to the varsity level. Juniors Connor Cho and Anthony DeLuca are bigger forwards who come off the bench along with classmates Logan DelPonte and Drew Riesenberger.

In the sophomore class, Sam Dadagian is a skilled offensive player, Cooper Willadsen is a backup point guard and a strong shooter, and Mitch Simulus is a “super athlete who runs the floor really well,” Keane said.

Hopkinton’s season came to an end last year with a loss to Wellesley in the first round of the Division 1 state tournament, the first year in which the Hillers competed in the top bracket.

“We would have liked to have done better in the tournament, but overall I think we did a good job adjusting to being in D1,” Keane said. “Getting to the tournament is always a goal, and we have been lucky enough to do it almost every year since I took over in 2000. But we just want to get better every day.”