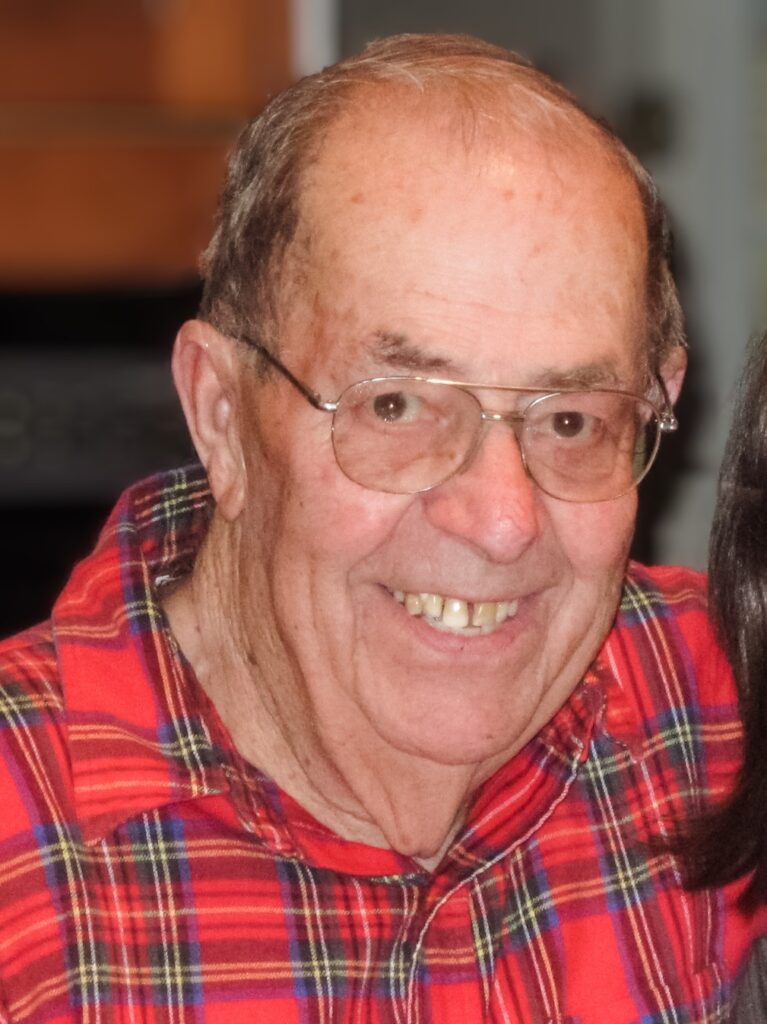 Richard C. “Dick” Stewart, 91, of Hopkinton passed away Dec. 12. He leaves his beloved wife of 67 years, Janet (Pyne) Stewart; their children, Karen Irvine and husband Skip of Cramerton, North Caroline, Brenda Stewart and husband Bruce Zalneraitis of Port Ludlow, Washington, Richie Stewart of Hopkinton, and Peggy Stewart of Scarborough, Maine; grandchildren Rachel Link and husband Brett of McLean, Virginia, Mary Irvine and husband Nicholas Byrne of Cary, North Carolina, Christine Irvine of Chicago, Alex Stewart and partner Ashley Casey of Milford, and Ryan and Aidan Dery of Scarborough, Maine. He also leaves behind seven great-grandchildren, all of whom he truly adored. He was predeceased by his parents, Preston Stewart and Cynthia (Clough) Stewart, and his brother, Arthur Stewart.

Dick was born in Milford and graduated from Hopkinton High School in 1949. After high school, he worked at Pyne Sand and Stone in Hopkinton until he enlisted and served with the U.S. Army Corps of Engineers. He was stationed in Germany and France during the Korean War. Upon returning to Hopkinton, he resumed working at Pyne Sand and Stone, where he eventually became co-owner. Dick also served with the Hopkinton Fire Department as a volunteer firefighter and eventual deputy chief. With his retirement in 1989, he and Janet enjoyed many winters in Deltona, Florida. He loved maintaining the home that he and Janet built in Hopkinton in 1956. Other favorite hobbies included woodworking, gardening and cooking. More than anything, Dick cherished time spent with his beloved family and many lifelong friends.

Throughout his life, people of all ages were drawn to Dick because of his dedication to the town of Hopkinton, his Yankee ingenuity and his genuine love of people. Dick could often be found discussing historical Hopkinton events, talking about the impact of current development trends or sharing his favorite culinary recipes — like his legendary New England clam chowder.

A celebration of life will be held at a future date. Arrangements are under the care of the Chesmore Funeral Home of Hopkinton. In lieu of flowers, memorial donations may be made to the Michael Lisnow Respite Center, 112 Main Street, Hopkinton, MA 01748 or the St. Jude Children’s Research Hospital, 501 St. Jude Place, Memphis, TN 38105.