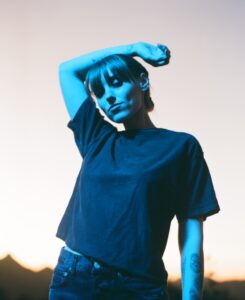 Sasha Sloan made an appearance on national television, headlined a 13-city tour and released her third EP last year.

Sasha Sloan has always wanted to call music a career, and now the Hopkinton High School graduate is seeing the success she has dreamed about since she was a little girl.

After a successful stint writing for other artists, Sloan, now 24, broke through as a performer in 2018. She released two EPs — “Sad Girl” and “Loser” — both of which were well received.

Last year she made her national television debut on “The Late Show with Stephen Colbert” in February, headlined a 13-city spring tour, and released her third EP, “Self Portrait” in the fall. “Self Portrait” got a boost when HBO used one of the songs in its teen drama “Euphoria.”

Sloan recalled falling in love with music at a young age and playing her mother’s upright piano in their South Boston apartment before they moved to Hopkinton when she was about 10 years old.

“I think it started while watching ‘The Wizard of Oz.’ Super nerdy, but I fell in love with Dorothy and couldn’t stop singing ‘Somewhere Over the Rainbow,’ ” Sloan recalled. “Once I learned a few chords I was obsessed with playing and started writing songs. I guess I’ve always loved music for as long as I can remember.”

Sloan said those early songs were “really bad,” but recently she has started to find her voice. Her song with Norwegian DJ Kygo, “I’ll Wait,” recently debuted on Billboard’s Emerging Artist chart, and she is working on an album that is slated to be released this summer.

“It’s been a long process of figuring out what I want to say and what I want it to sound like,” Sloan said. “I think it’s the most mature body of work I’ve ever made, and I can’t wait for people to hear it.”

The road to this point in her career has been a challenging one at times. Sloan dropped out of Boston’s Berklee College of Music during her freshman year to accept a publishing deal and moved out to Los Angeles on her own at age 19.

“It was really hard,” she said. “I didn’t know anyone and spent a lot of time alone.”

She went to sessions as a writer for other artists but did not get any bites as a performer for two years. Sloan described it as a discouraging point in her career as she worked menial jobs to try to pay the rent and nearly moved back to Massachusetts because things were getting so challenging.

“Once things started clicking, though, it was super gratifying,” she said. “Getting to work with artists I look up to like Kygo, John Legend, Camila Cabello [Sloan co-wrote Cabello’s 2018 top-10 hit “Never Be the Same”], has been awesome, but once I started putting my own music out is when it became really fun.” 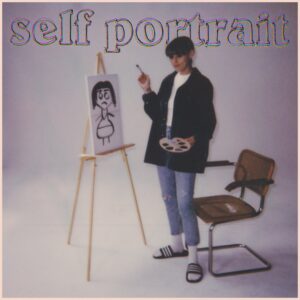 Sloan has been able to slowly grow a fan base for her music, which she describes as “sad pop.” She cites The Killers, the Carpenters, and Brandi Carlile, among others, as her biggest musical influences, but early on there were several people and groups in Hopkinton that helped her develop her musical talents.

“Enter Stage Left is a theater company in town that was awesome,” Sloan said. “Kelly Grill and Mary Scarlata-Rowe were incredibly supportive and created such a great environment to be creative in.”

Grill, Enter Stage Left’s founder and the co-director of the Hopkinton Center for the Arts, remembers a young Sloan coming to their organization when she was about 11. She participated in theater productions and was involved in a series of open mic nights.

“At a very, very early age she was writing her own songs and performing them regularly, and she was always a fan favorite,” Grill said. “It was obvious when she was young how talented she is.”

Grill said she recalled being amazed at how complex Sloan’s lyrics were, even as a child. Sloan competed in a show called “Hopkinton Idol” and came out on top, bringing different, unique performances to the competition each week. The feeling that Sloan had a tremendous amount of talent and potential was palpable, Grill recalled.

“There are a lot of talented people that come through, but not everyone makes it,” Grill said. “She continued to reinvent herself, she continued to come up with something new every time. She has got this incredible artistry and creativity that I find remarkable and have not seen in anyone, to be so prolific in her writing, how she can write and create and also be such a talented singer and performer.”

Sloan also mentioned HCAM, specifically Mike Torosian and Jim Cozzens, who gave her a local access show and, she said with a laugh, “supported every bad idea I had.”

As with just about every other artist, the ongoing COVID-19 pandemic has affected Sloan’s career. She was supposed to be in the studio making her album, but instead she has been putting it together from home with her boyfriend, who produces and writes all of her music with her. Staying at home has allowed the pair to be productive on the work front, and they got a dog in December, adding a member to the family during the difficult time.

The rest of Sloan’s time has been spent playing the game Animal Crossing and enjoying her favorite adult beverages, she said. Her tour scheduled for this spring has been rescheduled for the fall, though she expects touring won’t return until 2021.

“It’s an interesting time for sure,” Sloan said. “Hopefully things can come back to normal as soon as possible, but I think it’s going to change the way people experience live shows forever.”

When the music industry does get back up and running, Sloan said she will be happy if she continues to carve out her place in it.

“I’ve never wanted to be the biggest writer or artist in the world — it’s just not who I am,” she said. “For me I’ll be happy just being able to live a comfortable life while making music I’m proud of. As long as I never have to work at a coffee shop again, I’ve made it.”