After seven years as an assistant principal at Hopkinton High, Josh Hanna said he is excited to take on the new challenge of leading Franklin High School as the new principal.

“This was obviously a professional goal of mine, to get to the point where I could be the principal of a high school,” Hanna said. “And it’s great to be able to work in a community like Franklin where outside people have had great things to say and my interactions with them have been very positive.” 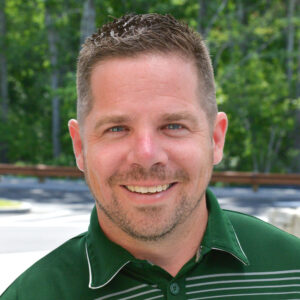 Along the way, he went back to school at Simmons College to earn a master’s in educational leadership. Having the chance to lead a school was a goal of his, even 15 years ago when he pursued the advanced degree.

“I knew I wanted to do that work,” Hanna said. “I wanted to become part of an administration and solve problems and be part of the solution.”

Among his accomplishments at HHS, he created the Top of the Hill program to recognize accomplished alumni. The first class of inductees was inducted in 2015. In 2017 Hanna himself was inducted in a surprise announcement by the event’s co-organizers from the Hopkinton Education Foundation and the PTA.

The past seven years working with Hopkinton principal Evan Bishop has been invaluable for preparing Hanna to take the reins at Franklin. He called Bishop both a friend and a mentor.

“I’ve grown so much in educational leadership and understanding how schools work, the communication that needs to be involved and how to emphasize and drive student goals,” Hanna said. “I’ve learned so much from Evan and all the teachers and administrators in Hopkinton over the years.”

Bishop said he was sorry to lose Hanna, whose official last day is June 30.

“Josh has been a huge part of Hopkinton, not only for the past seven years, but he grew up in town,” he said. “He loves the green and orange and has certainly left his mark on this community. He’s an incredible educator, caring colleague, and wonderful family man. Franklin is very lucky to have him.”

Bishop said the position already has been posted and the hope is to have a replacement in place by July 1.

Hanna said leaving his hometown school system was not an easy choice to make, even with the chance to be a principal before him. He said the community is the same safe, caring place it has always been, even before enrollment increased dramatically and the school system began being recognized as being among the state and the nation’s best.

“It was an emotional decision because of the connection I have with the school and the community,” he said. “But I am excited to take what I learned and bring it to other places.”

There is no playbook in place for the challenges Hanna and other administrators around the country will face in September when schools begin to bring pupils back on campus after the COVID-19 pandemic wiped out most of the in-school teaching this spring. The world is vastly different from when Hanna began interviewing for the Franklin position, and he said there are many moving parts and unknowns still to be sorted out when it comes to reopening schools.

“One thing is for sure, education is a critical part of our country’s success, it’s not going to stop,” he said. “We are going to be creative with how we create access points for people. It’s too early to know what September will look like, we need to stay safe day-to-day and make adjustments as best we can.”

As he prepares to take on his new role, Hanna said he is grateful to have the support of his wife Kristen, also a Hopkinton High grad and a teacher, and their two children, Emma, 12 and Ryan, 9.

“It’s been an interesting point to reflect on how you get to this place to lead a school, which is a tremendous honor and one I am so excited about,” he said. “I wouldn’t be able to take on the responsibility if I didn’t have a lot of love and support.”