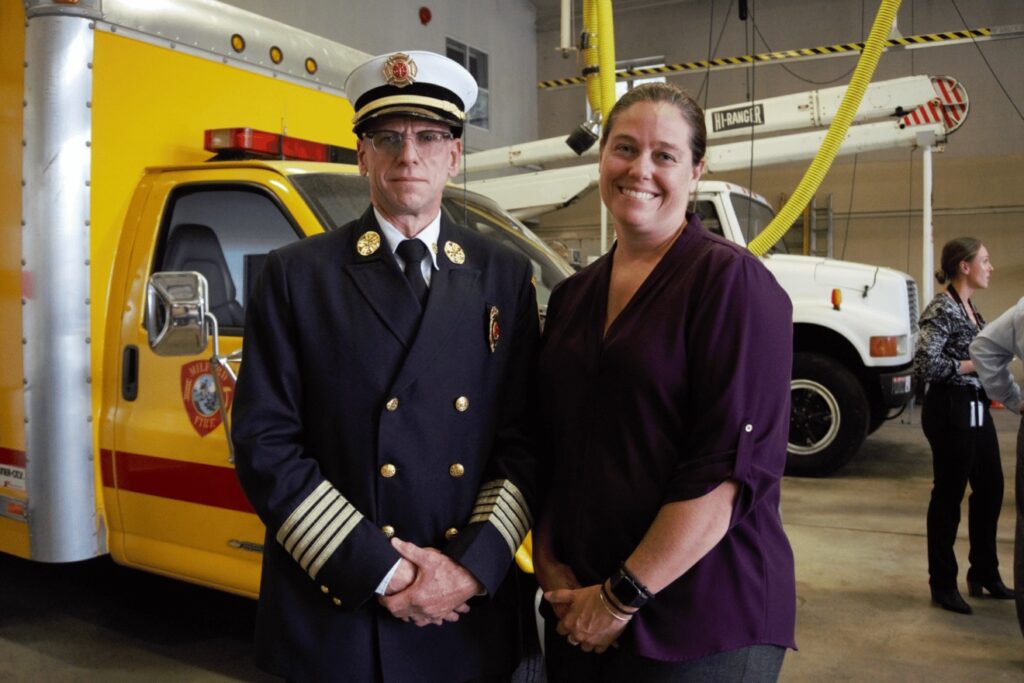 Police and fire personnel from Hopkinton were among those honored recently by the Worcester District Attorney’s Office for saving the life of a missing man in July.

The first responders responsible for the coordinated search and rescue were presented with the DA’s Team Excellence and Merit (TEAM) Award on Oct. 13, at a ceremony at the Milford Fire Station.

On July 17, at 8:20 a.m., Hopedale Police requested assistance from Milford Police to help locate a 60-year-old missing resident who had not returned home and was believed to be in Milford. He was last seen around 2 p.m. the previous day.

Around 3:40 p.m., searchers located the man’s Jeep, which was overturned in Walden Woods in Milford. The man was trapped in the vehicle and suffering from injuries, but he was conscious and alert. Rescuers freed him and he was transported to an area hospital.

“I am very proud of all the members of the Hopkinton Fire and Police Departments for being recognized in this way,” Chief Miller said. “They used their knowledge and skills to form a collective effort, which helped save the life of a person in need of help.”

Added Hopkinton Police Chief Joseph Bennett: “A job well done to all the first responders who made a difference in someone’s life through their heroic efforts. They should all be honored to receive this distinction.”

The TEAM Award was created by Worcester County District Attorney Joseph D. Early Jr. in 2019 to recognize public safety employees who go above and beyond the call of duty.

“When this call came in, there was one goal, and it was a goal shared across everyone involved; to find this man and get him back home to his family,” District Attorney Early said. “It is only fitting this group of dedicated first-responders receive the TEAM Award because every aspect of this rescue and response embodied teamwork.”