Sean Farrell’s Olympic experience is off to an incredible start. The Hopkinton native recorded a hat trick and added two assists to lead Team USA to a tournament-opening 8-0 rout of host China at the National Indoor Stadium in Beijing on Thursday.

In the fall of 2021, Hopkinton resident Nanette A. Kenrick realized her dream by publishing an autobiographical book entitled “Secret Letters to My Psychiatrist.”

This week’s Schools Notebook highlights some of the many local students who have been recognized for achievements at the college level.

After 30 years, the Nealon & Nealon family law firm is both moving and expanding. With the addition of family member David Click as partner, the law office has become Nealon, Nealon & Click and relocated to the heart of Hopkinton.

Greyhound Friends, the dog adoption shelter on Saddle Hill Road, is running a “Hearts for Houndies” fundraiser through Valentine’s Day, Feb. 14. Individuals who donate $5 can put their name on a heart to be displayed publicly at the kennel.

Photo of the Day: Ice hangs from a tree branch in town. A mild winter storm is expected this weekend, with snow likely on Sunday. 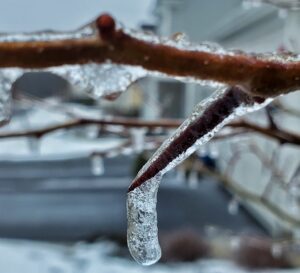