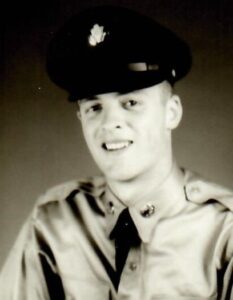 James F. Sullivan, 77, of Upton and formerly of Hopkinton, entered into eternal rest on April 1. He is the beloved husband to Gerda Sullivan.

Born July 26, 1942, in Framingham, he was a son of the late Timothy and Catherine (Danahy) Sullivan. He was raised and educated in Hopkinton and was a graduate of Hopkinton High School Class of 1960. He then earned his degree in finance after high school and worked at local banks, before serving in the United States Army during the Vietnam War.

Prior to retirement, James was employed as a driver for Allied Systems. Prior to that, he was employed at Anchor Motor Freight and Lease Way.

Jim enjoyed traveling in his earlier years, working and spending time with his family and friends.

Due to the current restrictions on public gatherings, Jim’s funeral service will take place privately with his family on April 7 in Evergreen Cemetery, Hopkinton, with military honors.

A memorial Mass will be announced at a future date.

Services are under the care of the Williams-Pederson Funeral Home of Upton.