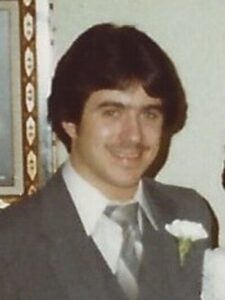 James E. Wallace Jr., 59, of West Dennis, passed away unexpectedly on Nov. 17 at his new home on Cape Cod.

Born and raised in Framingham, he was the son of Filomena (Palermo) Wallace and the late James E. Wallace.

A 1978 graduate of Framingham North High School, Jimmy started working for the family’s restaurant business, Wallace’s of Framingham. He quickly ventured into a career in refrigeration and air conditioning and was self-employed, founding Framingham Refrigeration. He was known for bringing home many fun “toys” such as snowmobiles, a dune buggy and several muscle cars. He was inspiring to family and friends with his impressive mechanical and electrical know-how. Jimmy also made many friends while residing in Southborough, Hopkinton and Worcester. He was an avid fishing, boating and cooking enthusiast. He recently fulfilled his desire to move to Cape Cod after spending many happy days there.

Besides his mother, Filomena of Framingham, he is survived by his sister and brother-in-law, Lynn and Brian Wilder of Ashland, and his niece and her fiance, Victoria Wilder and Todd Carter of Natick. He was grandson of the late Domenico and Francesca (Genco) Palermo of Natick, and the late Arthur and Mary (Leveille) Wallace of Framingham. Jimmy also is survived by his aunts, cousins and friends who loved him.

A celebration of Jimmy’s life will take place at a later date when loved ones can safely gather together. Services are under the care of the Matarese Funeral Home in Ashland. Donations may be made to the charity of your choice.