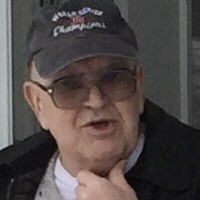 Talbert Adair Pond, 76, of Hopkinton passed away Nov. 15 after a brief illness. Born in New Brunswick, Canada, he was the son of the late Garnet and Helen (Banks) Pond. Talbert served his country honorably during the Vietnam War as a Navy corpsman from 1964-68. He went on to become a registered nurse and head operating room nurse at Framingham Union Hospital for over 30 years. Talbert was an accomplished writer, obtaining his Bachelor of Arts from Framingham State College later in life, and wrote several short stories.

He is survived by his daughter, Deborah Marie Nordahl and her husband, Victor, of Rochester, two grandchildren, Riley and Aidan Nordahl, and two brothers, William Pond of Meredith, New Hampshire, and Maxwell Pond of New Brunswick, Canada.

Due to COVID-19 services were private. Services were under the care of the Matarese Funeral Home in Ashland. In lieu of flowers donations may be made in his name to Fisher House of Boston, P.O. Box 230, South Walpole MA 02071.