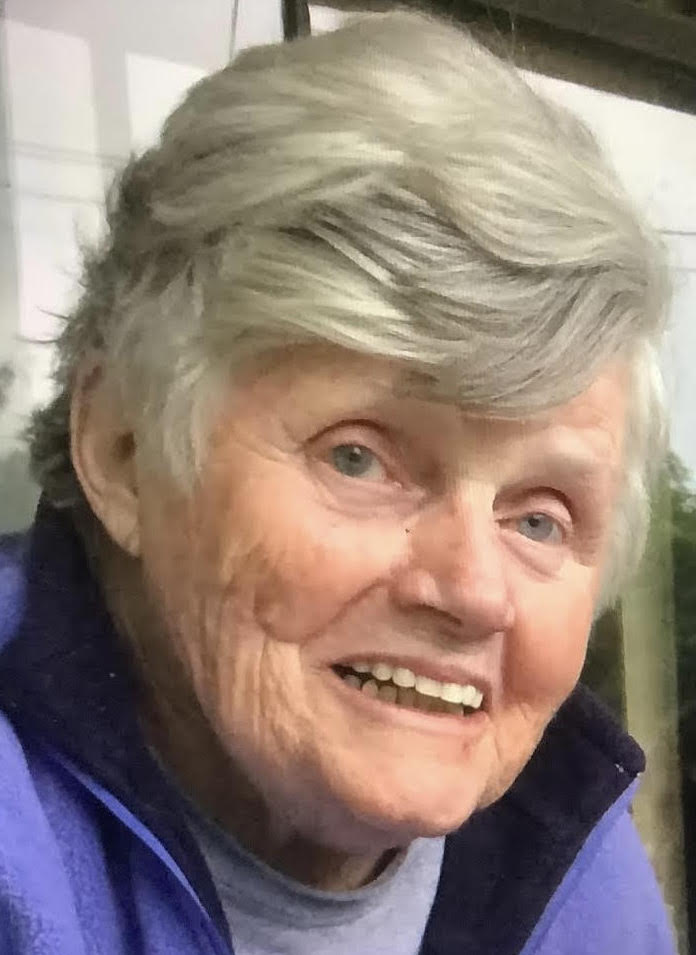 Joan Murphy, 89, died Aug. 25 at Blair House of Milford. She was the wife of the late Francis J. Murphy, to whom she was married for 48 years. Born and raised in Wellesley, she was the daughter of the late George MacDonald and Ethyl (McNeil) MacDonald.

Joan went to Saint Bernard’s school in Newton and Wellesley High School. She lived in Wellesley for 83 years until moving to the Blair House six years ago. She was proud of her Wellesley roots. She worked for many years for New England Telephone and Telegraph.

Her greatest joy was raising her six children and spending time with her family. Joan had a love of all four-legged animals and loved spending time in New Hampshire and Cape Cod and enjoyed being on the lake, bird watching, golfing and sailing. She enjoyed “treasure hunting” at any garage sale she found.

She had a deep love of God and her religion. Together with her daughter-in-law Melissa, she would spend hours reading her bible. With her infectious laughter, whimsy and joy of life, she kept spirits in Blair House high by gathering residents to sing along and dance with her to classics by Frank Sinatra. She loved a good time.

She is survived by her four children, Nancy Glassman and husband Stuart of Hopkinton, Robert Murphy and partner Cindy Tiberio Parkhurst of Bourne, Thomas Murphy of Wellfleet, and John Murphy and wife Melissa of Millbury. She also leaves her sisters Barbara Quigley of Natick and Carol Capeless of Naples, Florida. She also is survived by nine grandchildren, three great-grandchildren and one great-great-grandchild. She is predeceased by sons David Murphy and George “Jeffrey” Murphy, grandsons David Murphy Jr. and Jeff Murphy Jr., and brother Kenneth MacDonald.

A funeral will be held Wednesday, Aug. 31, at 9 a.m. from the Callanan Cronin Funeral Home. A funeral Mass will be celebrated at 10 a.m. in St. John the Evangelist Parish. Burial will follow in Saint Mary’s Cemetery, Needham. Calling hours at the funeral home are Tuesday, Aug. 31, from 4-7 p.m.

The family would like to thank Travis Romano and the entire staff of the Blair House, and Chrisla Saint-fleur of Home Comfort Care and Hospice.