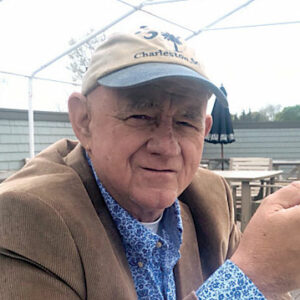 It is with great sadness that the family of John “Johnny” Irvine announces his sudden passing on July 18 at the age of 66 years. He was born in Framingham on Sept. 20, 1952, to Wallace Irvine and the late Mary Gould Irvine of Hopkinton. John is survived by his life partner, Barry Lee Jones, his father, Wallace Irvine, and stepmother, Alberta Irvine. He leaves behind his daughter, Laura Irvine-Courage, his son-in-law, Dave Courage, and his sons, Adam Irvine and his wife, Sally, and James Irvine. He has two grandchildren, Isabella and Olivia Courage. John also leaves a sister, Nancy Mooradian, a brother-in-law, Dave Mooradian, and a niece, Nicole Mooradian.
John started his career as an English teacher then became an entrepreneur, owning several businesses. John lived in Charleston South Carolina, where he loved the ocean, was an avid writer and poet, enjoyed the outdoors, traveling and dining out, and worked as a server. His true passion was building and selling homes with his father.

A graveside service was held Aug. 24 at Evergreen Cemetery in Hopkinton. Those who so desire may make memorial donations in memory of John to a cancer research fund of their choosing. Arrangements were under the care of the Chesmore Funeral Home of Hopkinton (ChesmoreFuneralHome.com).