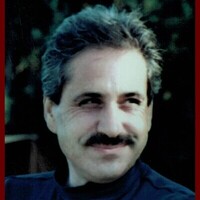 Jose “Zack” Luis, 67, a longtime Hopkinton resident, died unexpectedly during the early morning hours of May 12. He was the beloved husband of Michele (Martins) Luis, with whom he shared over 40 years of marriage.

Born March 9, 1953, in Chaves, Portugal, he was the son of the late Alfredo and Gloria (Fonseca) Luis. After moving to the United States in 1968, Zack attended Framingham South High School and earned a bachelor’s degree in education from Framingham State University in 1975.

Zack was an accomplished and well-respected manufacturing supervisor for over four decades, working for companies such as General Motors, Bose Corporation, and for the last 10 years, the Raytheon Company.

Zack was an avid historian and took great pleasure in rebuilding WWII vehicles. Yet it was his family that remained Zack’s priority in life. He was an immensely loving and attentive husband, father and grandfather. His favorite role in life was being Papa to his granddaughter Olivia. Since the day she was born, Olivia, his “jewel,” became the center of his universe. Zack changed diapers, orchestrated feedings and played on demand. He treasured every moment he spent with Olivia, often adding a half-hour to his already two-hour-long commute to enjoy a steak dinner with her after work.

A celebration of life and Catholic mass in his honor at St. Mary’s Church in Holliston will be scheduled at a future date. Funeral services are under the care of the Matarese Funeral Home in Ashland.