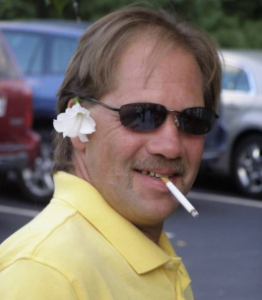 Joseph E. Bleakney passed away peacefully at the Rhode Island Hospital in Providence on Aug. 8 after a brief illness. Joe was born and raised in Framingham, one of four children to Charles W. and Rosemary Y. (Grant) Bleakney Jr. He was a graduate of the J.P. Keefe Vocational Technical High School and worked over 25 years at Air Products prior to being employed as a fiber optics and telecommunications project manager with XO Communications.

Joe had a way of spontaneously embarking on an adventure or stopping by to visit, and family and friends alike could count on him to bring laughter and joy to those he loved — he most definitely was the life of the party. He enjoyed traveling and was an avid fisherman who would challenge himself to participate in as many derbies as he could. Most dear to Joe were his beloved children, Jillian and Adrian. His family recalls the dance Joe performed in the hospital room at the time of their births; his world revolved around them.

Joe will be laid to rest privately alongside his father in Evergreen Cemetery, Hopkinton. There are no public services planned at this time. Please consider making a memorial donation in Joe’s memory to a charity of your choice. Arrangements are under the care of Hays Funeral Home in Northborough. To leave a condolence, please visit HaysFuneralHome.com.

← Letter to the Editor: Kramer deserves to continue service to town HHS’ Scott revels in national teaching award: 'I enjoy what I do' →